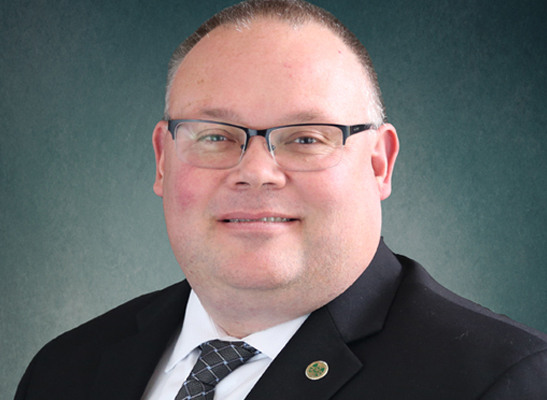 “On behalf of the IAM Midwest Territory, I’d like to congratulate Chris on his appointment and welcome him to the IAM Midwest Territory staff,” said IAM General Vice President Steve Galloway. “Chris has been instrumental in several organizing campaigns throughout the Territory, both at the Local and District levels and, most recently, as Associate Organizer. His drive and passion for growing our union and moving this organization forward is that of a true, dedicated union activist. We welcome his skills and talent and look forward to his continued service of the IAM membership.”

A third generation union member, Chris Tucker initiated into IAM Local Lodge 1010 in 1995, where he worked at Dresser Rand in Burlington, IA. He was elected as a Local Trustee in 1998. In 2006, Tucker was elected Local 1010 President. He has served in many different capacities in Local 1010 from Shop Committee Chairperson, Conductor Sentinel, Recording Secretary, Vice President, Delegate to the Southeast Central Labor Council, Delegate to the Iowa State Council, and District 6 Delegate. Tucker has also served as a Trustee for the Iowa State Council and was appointed as Organizing Committee Chairman in 2018. In January 2019, Tucker was appointed to the position of Associate Organizer for the IAM Midwest Territory.