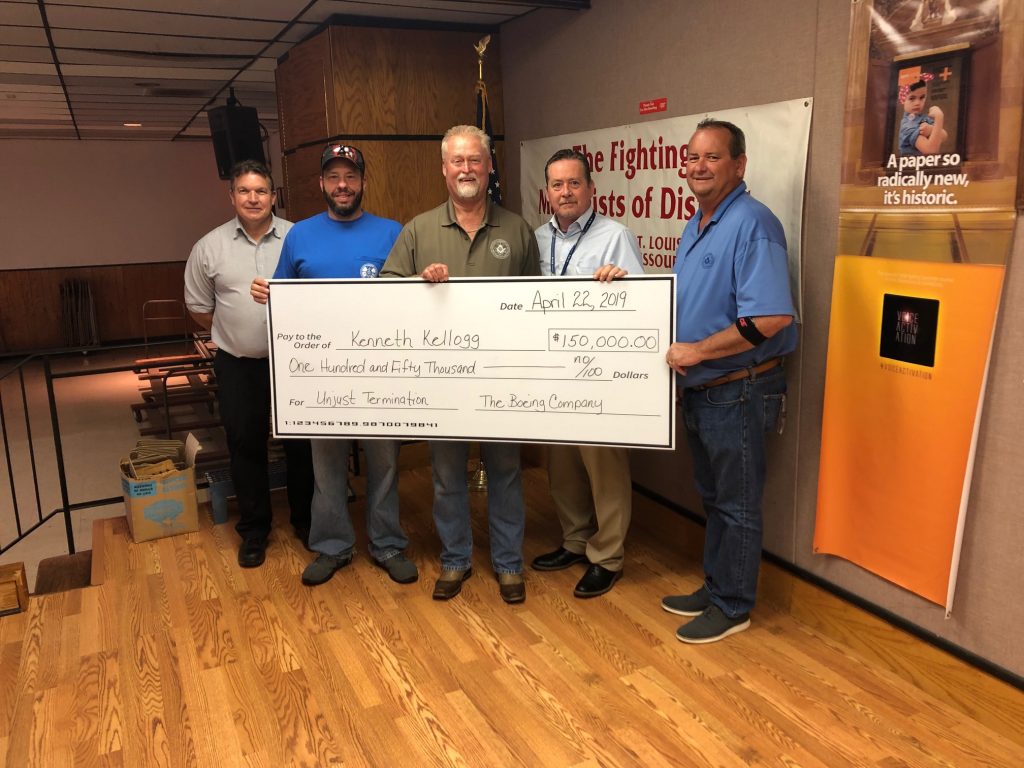 A member of IAM District 837’s wallet is $150,000 heavier after losing his job at Boeing’s St. Louis facility last year.

IAM District 837 helped Ken Kellogg win $150,000 in back pay after Kellogg was wrongfully terminated for allegedly violating company policy. An arbitrator recently ruled that Boeing issued a corporate-wide policy change, but failed to negotiate the change with the union.

In his scathing report, the arbitrator also ruled that Boeing violated the union’s non-discrimination clause as outlined in the collective bargaining agreement.

“We in the IAM pride ourselves in the service we provide to our members and this is another great example of why it doesn’t cost to be union – it pays to be union.”

“Congratulations to Ken Kellogg and the entire IAM District 837 membership at Boeing,” said IAM Midwest Territory General Vice President Steve Galloway. “Contract enforcement is one of the most important jobs the union performs. This decision not only reaffirms the strength and importance of having a union contract, it also sends a strong message to management officials who try to bypass the collective bargaining process. Another great example of IAM dues dollars hard at work.”