Wisconsin Machinists donate cold weather gear to those in need

Members of District 66, Local 21 and Local 1115 teamed up with their employers, WKBT and the local food pantry called WAFER (West Avenue Food Emergency Resource) to distribute more than 250 hats, 350 pairs of mittens, and almost 50 scarves and blankets to those standing in line waiting for assistance during the cold weather months in La Crosse, WI. 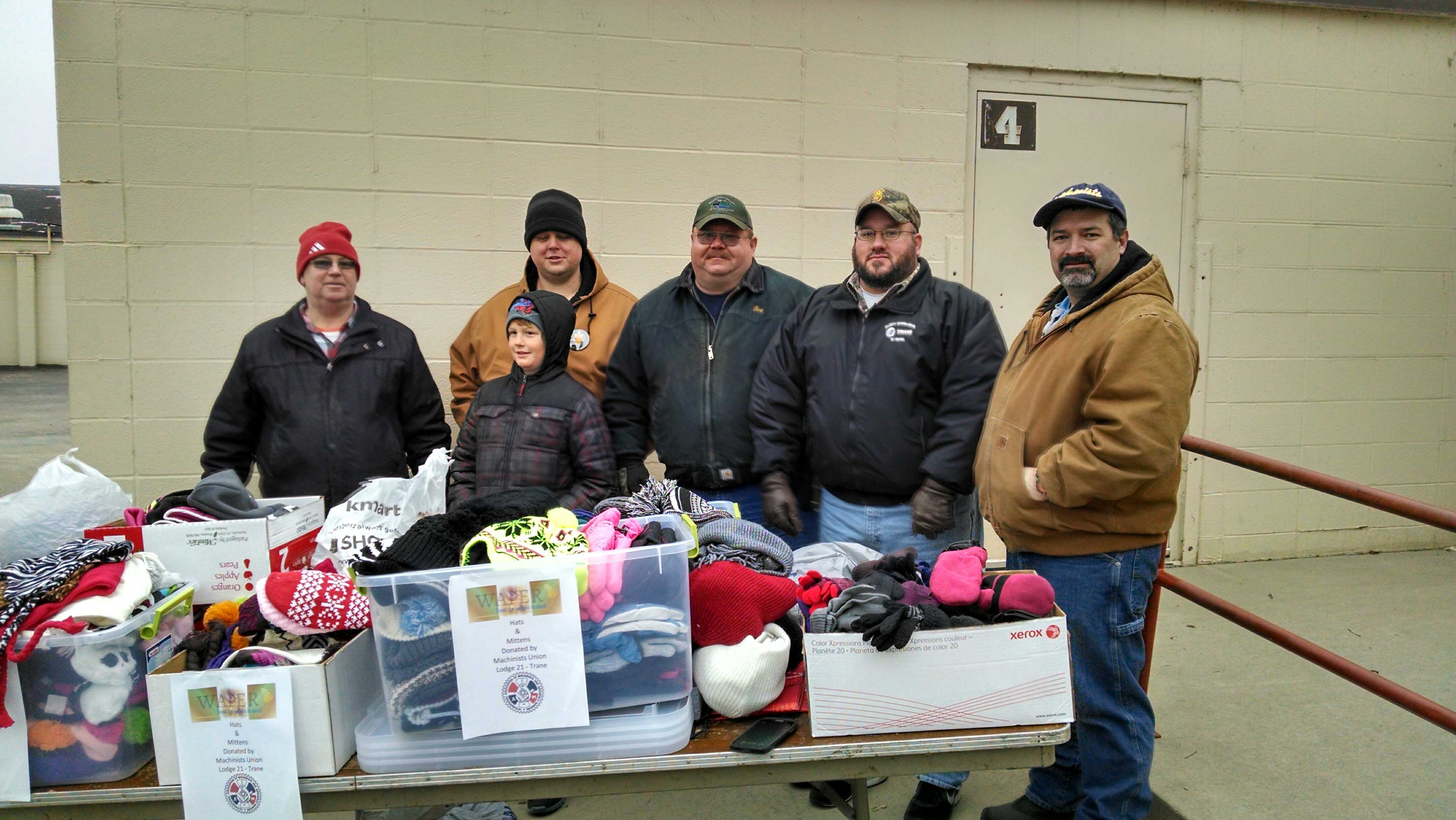 (Rich Hauser, Tim Crady and son Logan, Tony Dierson, Brad King and John Davis helped distribute the Winter clothing items collected at The Trane Company, Crown Cork and Seal, and WKBT. Also, Cindy Gaines, who is not pictured, was a driving force behind the effort and helped make the event possible.)

Standing outside in the middle of winter can get cold, and not everyone can afford a warm hat and gloves.

“I don’t believe there was a set goal, we just wanted it to be successful and by all means it was more than what we had thought,” said Brad King, president of the IAM Local 21.

The Machinists Union members at Trane and Crown Cork and Seal also challenged their management and between the two raised $1,500 on top of their hat and gloves donation.