Wisconsin Machinists are rallying agianst the Republican “fast track” of the so called Right-to-Work law at the state capitol in Madison, WI and are testifing at hearings that are expected to last all day and into the night. 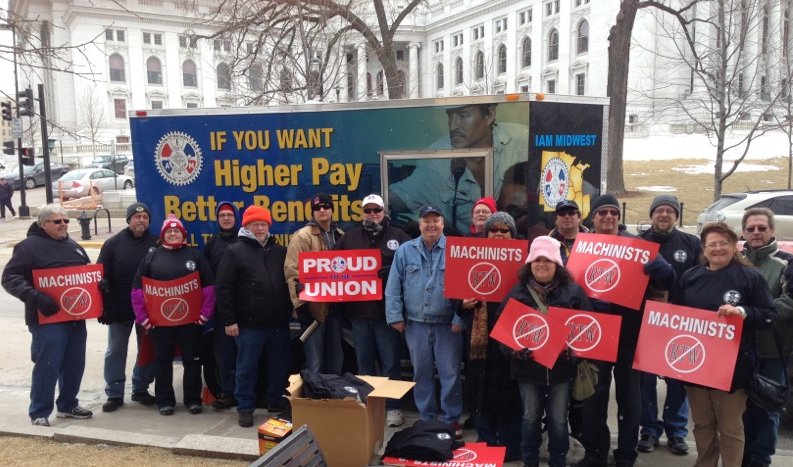 The legislation will “put a wedge” between employees and their companies, said Russ Krings, directing business representative for IAM District 10 in Milwaukee.

“It’s going to bring everybody down,” Krings said. “It will affect union employees and non-union employees, and all the businesses that we go to and spend our money at.”

Legislation being pushed by Republicans in Wisconsin is a “word for word” copy right out of the American Legislative Exchange Council play book. It’s not hard to understand when the Republican Senate Majority Leader and Assembly Speaker are both aligned with ALEC. Governor Walker too has close ties to ALEC. He actively supported several ALEC bills between 1993 and 2002, when he was a member of the Wisconsin assembly.

This is clearly outside groups interfering with the political process in Wisconsin. The same legislation is being proposed by corporate polititians across the country.