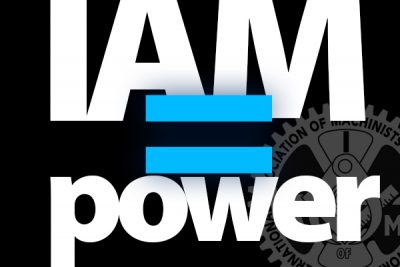 In a perfect example of why an IAM contract is so valuable, approximately 450 IAM Local 21 production and maintenance workers at Trane USA Inc. in LaCrosse, Wisconsin have won a grievance against the company’s unfair attendance policy.

At issue, was how the company was scheduling weekend overtime. Trane was requiring workers to work weekend overtime but failed to notify the workers that they had been put on the schedule. In each case, the worker was absent when the final overtime schedule for that weekend was posted. When workers unknowingly failed to show up, the company “dinged” them, or gave them an attendance point, for an unexcused absence.

An arbitrator for the Federal Mediation and Conciliation Service (FMCS) found that Trane’s actions were in direct violation of the overtime scheduling process language outlined in the union contract.

Each affected employee was made whole.

“This arbitration award is a good win for IAM Local 21 and the employees at Trane,” said IAM District 66 Directing Business Representative Neil Kamrowski. “When an employee is absent when weekend overtime is scheduled, they no longer have the requirement to work overtime on the weekend. This was the way it was discussed at the table, and it is the way the company should have implemented overtime scheduling after negotiations were completed in 2014.”

“It is wrong that we had to resort to arbitration to implement what was negotiated at the table,” continued Kamrowski, “but when employers refuse to acknowledge what was intended, there is no choice but to enforce it through the processes we have available. That’s what a union is for – to protect workers and fight on their behalf.”

“This could only happen with a union contract,” said IAM Midwest Territory General Vice President Philip J. Gruber. “When an employer implements unfair work rules or disciplinary action against a worker, it’s the union’s job to restore fairness and order. Having a union contract is a worker’s best and only real defense. Congratulations IAM Local 21 members and IAM District 66 on your fantastic win.”