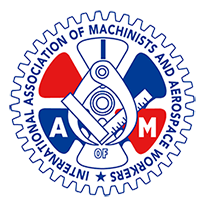 The members of Local 621 of the International Association of Machinists and Aerospace Workers (IAMAW) are striking for better wages, pension and health benefits.

“IAMAW Local 621 members at Bretting are not asking for the world,” said lead IAMAW negotiator Todd Humleker. “All they’re asking for is fairness and the ability to keep their heads above water. They, along with their families, deserve better than the agreement Bretting has put before them. The Machinists Union stands behind our members and applauds them for their courage and solidarity.”

About the IAMAW
The International Association of Machinists and Aerospace Workers (IAMAW) is among the largest industrial trade unions in North America and represents nearly 600,000 active and retired members in manufacturing, aerospace, transportation, shipbuilding, woodworking and other industries.