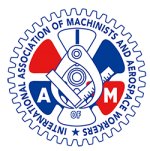 The members of Local 2068 of the International Association of Machinists and Aerospace Workers (IAMAW) are striking for better wages, benefits and working conditions.

“There’s no louder nor clearer message to a company than when a group of workers come together and decide it’s time to strike. And that’s exactly what is happening with the Machinists members at Silgan Containers,” said lead IAMAW negotiator Bill Broughton. “Silgan is squeezing its workers with one hand, while taking great care of its CEOs and shareholders with the other. Workers at Silgan have not seen a positive contract for the last ten years. They, along with their families, have taken many hits, particularly in wages. Insurance premiums have eaten up all past wage increases over the last ten years. Today they’ve decided enough is enough – it’s time to fight back.

“IAMAW workers at Silgan are a testament to the Fighting Machinists’ union values of dignity, fairness, respect and protecting our families and communities. Their union brothers and sisters could not be more proud.”

About the IAMAW
The International Association of Machinists and Aerospace Workers (IAM) is among the largest industrial trade unions in North America and represents nearly 600,000 active and retired members in manufacturing, aerospace, transportation, shipbuilding, woodworking and other industries.