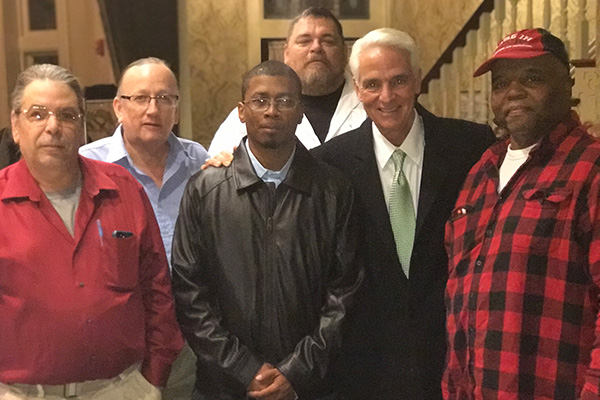 “This amendment singles out U.S. sugar farmers and would take away their non-recourse loans while leaving those loans in place for 27 other agricultural commodities, said Machinists Union International President Robert Martinez Jr. “It would also mandate additional foreign, subsidized sugar to be imported into the U.S., which would drive down prices to 1980’s levels resulting in the loss of thousands of U.S. jobs.

“U.S. sugar factories support thousands of good paying union jobs in urban and rural areas alike and Congress should not support outsourcing these jobs to countries with low labor and environmental standards.”

The IAM’s concern about labor conditions abroad is well-founded.

The U.S. Department of Labor (DOL) maintains a list of foreign sugar industries that employ child labor and forced labor. That list includes major producers that could be primary beneficiaries of the Foxx-Davis plan: Brazil, India, Mexico and Thailand.

DOL also provides detail of how oppressive this work can be. Of Cambodia, it wrote:

Children laboring in sugarcane fields often work long hours under the hot sun and report difficulty breathing, headaches, and dizziness as a result. Child workers in this sector perform hazardous tasks such as carrying heavy bundles of sugarcane, using dangerous tools, and spraying toxic pesticides. Many children incur injuries on the job, including skin infections and cuts from sharp cane leaves or knives.

Another offender, Vietnam, is estimated to have more than 28,000 children–some as young as 5 years old–toiling in the sugar industry.

Rewarding foreign industries that use these kinds of appalling labor practices isn’t the only reason to oppose efforts to cut U.S. sugar producers out of the Farm Bill.

“U.S. sugar farmers and sugar workers deserve a level playing field and should not be forced to compete with farmers subsidized and supported by foreign governments whether by direct loans, cash incentives or foreign ethanol programs,” said Martinez. “For these reasons and more, we urge you to vote no on the Foxx/Danny Davis anti-sugar farmer and worker amendment!”