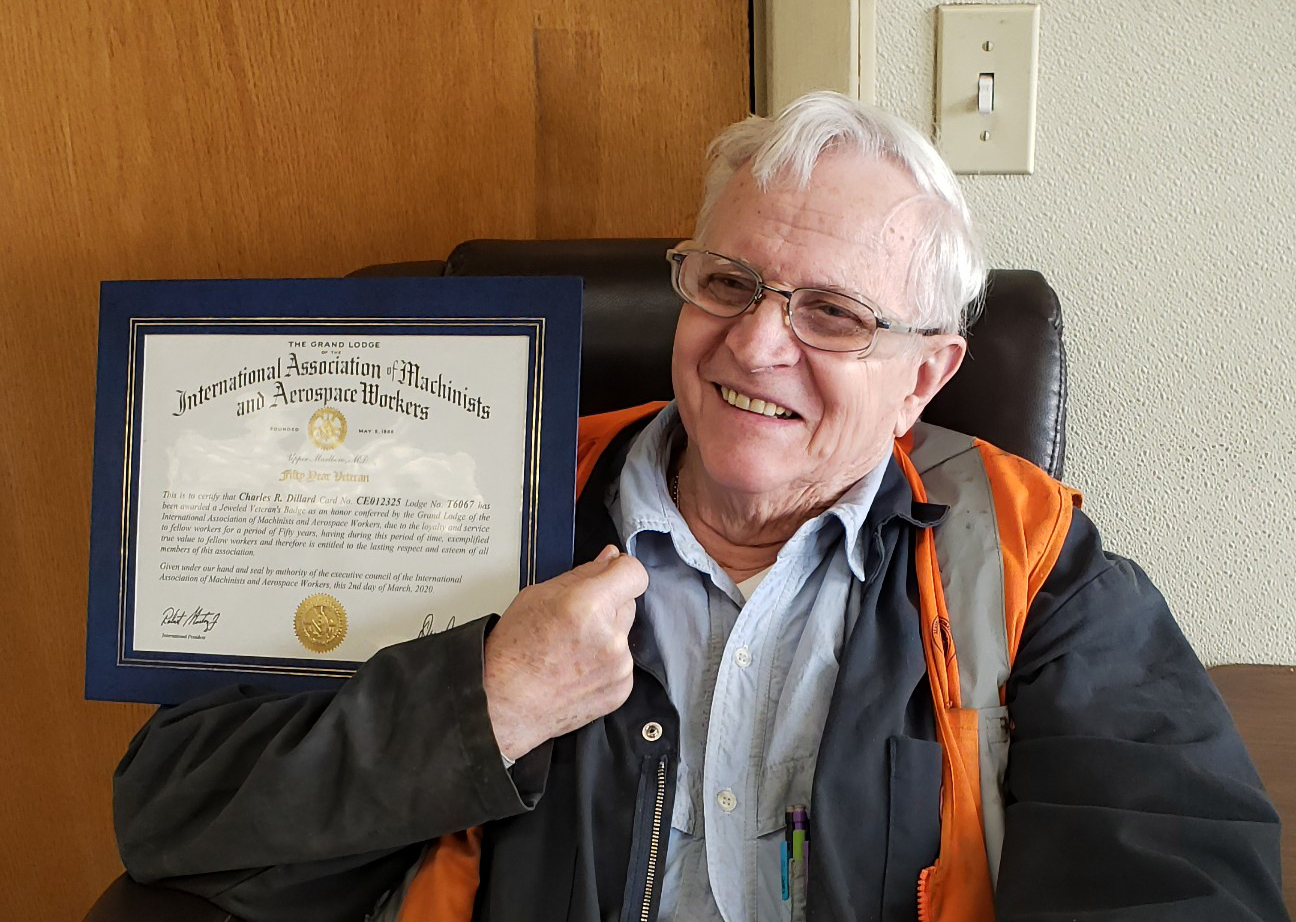 Brother Dillard initiated with the BRC/TCU Local 6067 on April 1, 1970. Brother Dillard has achieved 50 years of active service at the Alaska Railroad Corporation in Anchorage. He currently is working the AAR Write-Up Position at the Repair Facility. His responsibilities include inspecting and writing up freight cars and passenger cars that are used throughout Alaska.

Brother Dillard is a true advocate in the Union movement. Charles comes from a long line of Railroad and Union family. His father, Charles Dillard, Sr., was a Conductor for 39 years with the Illinois Central Railroad. His brother, Robert Dillard, was a member of the United Rubber Workers – BF Goodrich, Tuscaloosa, AL. Robert served as Vice President and President of the Local Lodge and became a Federal Mediator for 18 years. His Uncle, A.J. Dillard, worked as a Conductor for the Illinois Central Railroad for 40 years. His Uncle, Sidney Webb, worked as a Station Master in Memphis for the Missouri Pacific Railroad for 40 years. His Cousin, David Webb, is working as a Locomotive Engineer for the Missouri Pacific Railroad for 15 years.