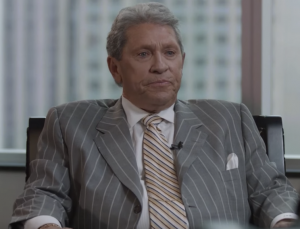 Canadian Pacific (CP) CEO E. Hunter Harrison has announced that he will be leaving the railroad at the end of this month. After years of cutting and gutting at CP, Harrison is now expected to be deployed in a similar manner to CSX. Harrison’s management style and operating scheme have made him notorious throughout the industry.

Harrison began his executive career at Illinois Central, which was later acquired by Canadian Northern. It was there that Harrison honed his craft of slashing jobs, running his infrastructure into the ground, creating a consumer-UNfriendly operating scheme, and working his employees to the bone. While Wall Street sang his praise, his employees loathed his actions. After initially retiring in 2009 to his Connecticut horse farm to raise “show jumpers,” Harrison was lured out of retirement with a $49 million check from billionaire investor Bill Ackman.

Ackman had recently waged a proxy battle on the company, gathering enough shares and/or shareholders to vote out the management at CP. In 2012, with Ackman’s blessing, Harrison took the reigns of CP and proceeded to do what he does best: cut and grind. Between 2012 and 2016, CP shed 6,000 jobs. A recent article by the Calgary Herald detailed many of the problems unions have dealt with under Harrison:

“Hunter Harrison’s legacy is a chronic shortage of skilled workers,” said Doug Finnson, president of the Teamsters Canada Rail Conference, which represents locomotive engineers and conductors at CP. “They don’t have enough engineers and conductors on the train, I can tell you that. The management ranks are reeling, employee retention is almost zero.”

Unions have also complained that Harrison implemented a “culture of fear” at CP, in which managers employ strict disciplinary tactics and dissent of any kind is not tolerated. In February 2015, engineers and conductors cited “dysfunctional working conditions” as one factor in a short-lived strike that lasted only one day before the federal government signalled its intent to force picketers back to work.

Currently, the Teamsters Rail Conference and CP are involved in a dispute over the company’s fatigue management practices, with the union complaining that workers are being forced to drive trains while physically exhausted from grueling, unpredictable shifts.

“I don’t have anything positive to say about him (Hunter Harrison),” said Finnson. “He’s leaving a lot of damage behind him that’s going to take a long time to clean up.”

The article also described issues some shippers had with Harrison’s new “precision railroading” scheme – which was code for “get along or get lost.” Harrison’s new scheme was inflexible to many of their needs, which left farming co-ops fuming as they struggled to get their crops to market.

If Ackman and Harrison sound familiar, it may be because of their recent failed attempt to pursue a hostile takeover of Norfolk Southern in late 2015 and early 2016. Their bid to forcibly merge the companies ended after an intense campaign against it by other Class 1 railroads and rail labor, including TCU. Both the U.S. Justice Department and the U.S. Army coming out against the merger appeared to be the straw that broke the merger’s back.

After announcing his departure from CP, Harrison is already in talks with one of Bill Ackman’s proteges, Paul Hilal, in an attempt to launch the same proxy battle and management change at CSX. They have reportedly set aside over $1 billion in a new fund to help wage the battle. If successful, CSX employees can expect much of the same job cuts and/or workplace overhauls that CN and CP have received from Harrison.