September 30th – Workers to Rally, Call on Congress to Save Jobs, Fund Amtrak 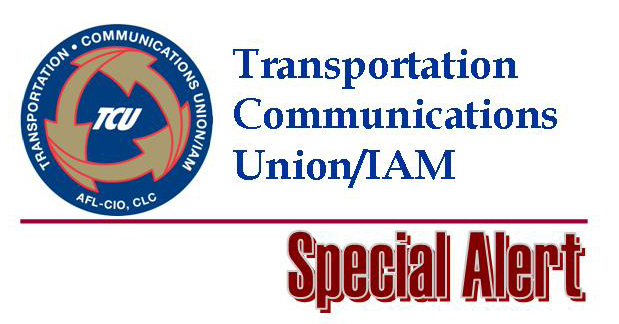 Members represented by five labor unions will come together in solidarity for demonstrations in Washington D.C., New York City, Chicago and Los Angeles.

On Sept. 9, Amtrak President and CEO William Flynn appeared before a U.S. House committee saying that the Carrier needs approximately $5 billion in emergency funding to deal with the effects of the COVID-19 pandemic. If no additional funding is provided by the federal government, Amtrak has announced impending cuts of approximately 2,000 unionized employees nationwide and a planned reduction of service that would hit long-distance and state-run routes that serve rural areas especially hard.

“We recognize that COVID-19 has impacted the ridership of the national passenger rail system. However, placing the burden of the pandemic’s effects on the essential workers who keep the service running is absolutely wrong. Layoffs and service cuts are not the answer,” said TCU President Artie Maratea. “We will continue to fight for our members’ jobs and push Congress to do the right thing and fund Amtrak!”

Call and write your Member of Congress and Senators! Post on social media! Get friends and family to write Congress and ask them to support funding for Amtrak that saves jobs and preserves long-distance service! TCU has an online action tool to make it easy: https://iam4.me/FundAmtrakNow