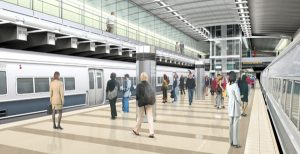 NEW YORK, March 3, 2021 – At a time when the Cuomo administration is stealing millions from the MTA and refusing to honor negotiated contracts, the governor is also creating an environment that wastes money while outsourcing union jobs.

Cuomo’s creation of the “Transformation Team” was really an attempt by him to take away the ability of career MTA management employees to make decisions. Cuomo has ruled by proxy, inserting political appointees into positions of managerial authority within the MTA. This created an atmosphere of fear for anyone who would oppose his plans, resulting in a paralysis of management and the silencing of ideas that would truly reach the goals of creating efficiencies within the MTA. This has resulted in wasting money on expensive consultants while eliminating good union jobs that could have done the job for less.

MTA IT Outsourcing Waste: TCU recently uncovered a scheme that awarded a six month contract worth $852,000 to an IT services firm for work that could have been performed in-house, either for free, or by filling five existing vacancies. The contract with Raj Industries, which was subcontracted to Matrix Inc., was to supply 20 employees, but only actually employed five people.

“TCU members in the MTA’s IT Department were more than capable of performing the work, if tasked,” said TCU National Vice President and National Legislative Director William DeCarlo. “Or, the MTA could’ve filled the five vacancies in the department. Keeping the jobs in-house would have cost the MTA less, but doing so would have gone against the micromanaging edict of Gov. Cuomo’s ‘Transformation Team’ that prevents the agency from filling vacancies without their approval.”

Despite using billions in federal and state tax dollars, and years of support from rail unions to secure funding for the project, MTA leadership is now poised to undercut collective bargaining agreements and pay employees a fraction of their current rates. This maneuver could put non-union, low-wage employees side-by-side with existing union railroaders.

The MTA Board is currently considering a proposal to outsource the work currently performed by various railroad unions and hand the contract to an outside firm by creating a new entity to operate and manage the new EAS terminal of Grand Central Station.

Under the proposal, the new entity would be separate and apart from the existing Long Island Rail Road (LIRR) and MTA workforce. The MTA would then subcontract with the entity to perform the work that TCU members, and other crafts, dutifully and skillfully perform every day, such as trackage and structures, signals and communications, traction power, substations, facility power, concourse and platform work, and more.

Rail labor has long supported this project, not only for the benefit of New York City and Long Island commuters, but because it would provide new, good-paying union jobs for our members.

This proposal from the MTA does the opposite.

The MTA Board should reject this proposal and honor the original plans to have LIRR operate their own assets, with their own employees under the current contracts rail unions already have negotiated. To do otherwise would be a rejection of unionism on a taxpayer-funded project – funds which rail unions fought for.

But it doesn’t stop there: the presentation to the MTA Board also disclosed future plans to privatize the Atlantic Terminal in Brooklyn, after taxpayers have spent $108 million to refurbish the terminal, $164 million to repair the Atlantic Viaduct and $308 million to build a new platform at Jamaica Station. The MTA is prepared to give away $580 million of taxpayer money to a private company to attempt to profit from the peoples investment in the LIRR’s infrastructure.

“These are just a few examples of Gov. Cuomo’s attempts to take away good-paying union jobs and pass the profits to politically-connected corporations,” said DeCarlo. “These actions must be stopped. It should not be the policy of the MTA or the State of New York to utilize taxpayer funds to avoid unions, union contracts, or otherwise bust unions through backhanded maneuvers.”

The Transportation Communications Union (TCU) represents 2,587 workers at MTA and 1,284 of them work for the Long Island Rail Road, performing duties such as ticket sales, cleaning, clerical workers, train movement, IT, procurement, training among other crafts.  TCU represents 30,000 workers in the rail industry nationwide.