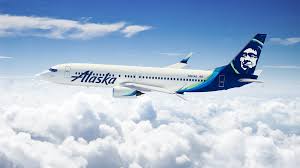 IAM members will be receiving approximately 1.5 million dollars as a result of the IAM’s successful arbitration against Alaska Airlines regarding HMO coverage. In its December 20, 2016 Order, the IAM-Alaska System Board of Adjustment, through Arbitrator John LaRocco, ordered Alaska to cease and desist from violating its contractual obligation to contribute the “same amount” to its HMO plans as it does for the same tier of coverage for PPO plans. The System Board issued its final remedy in the HMO Arbitration yesterday, following the IAM’s arbitration win and months of negotiation between the parties. This award applies to all current and former Clerical, Office, and Passenger Service employees who were enrolled in the Kaiser South HMO at any point on or after January 1, 2007.

Cash reimbursements totaling nearly 1.3 million dollars will be disbursed to eligible employees to cover over-payments made between 2007 and 2016. Reimbursements for 2007 through 2013 will be based on a set dollar amount for each year an employee was enrolled in the Kaiser South HMO based on the selected tier of coverage (employee, employee & spouse, employee & children, family) and employment status (full-time or part-time) at the time of selection for each calendar year. Reimbursements for 2014 through 2016 will be the actual dollar amount of the over-payments made by each employee enrolled in the Kaiser South HMO.

“This arbitration victory demonstrates the importance of filing grievances and fighting diligently for our members, said GVP Sito Pantoja. “I thank our District 142 representatives and, in particular, LAX Alaska member Rachael Ackerman for filing the grievance that is benefiting thousands of our members who will receive this award.”

Alaska will make these payments to all affected employees within 45 days, by August 7, 2017.

In addition, as a direct result of the arbitration win, employees enrolled in several HMO plans have been paying less for health care premiums since January 1, 2017. As part of the remedy, these lower premiums will continue unless and until the relevant contractual provision is amended in the COPS Agreement. Depending on insurance costs in 2018, this will save COPS employees enrolled in the Kaiser South HMO an estimated $180,000 over the next two years.

Current and former COPS employees who dispute Alaska’s individual eligibility, reimbursement calculations, or payments under the award may file a challenge with Alaska’s Health Benefits and Medical Relations Department up to 90 days after receiving Alaska’s reimbursement payments. Any such challenge must be supported by evidence.