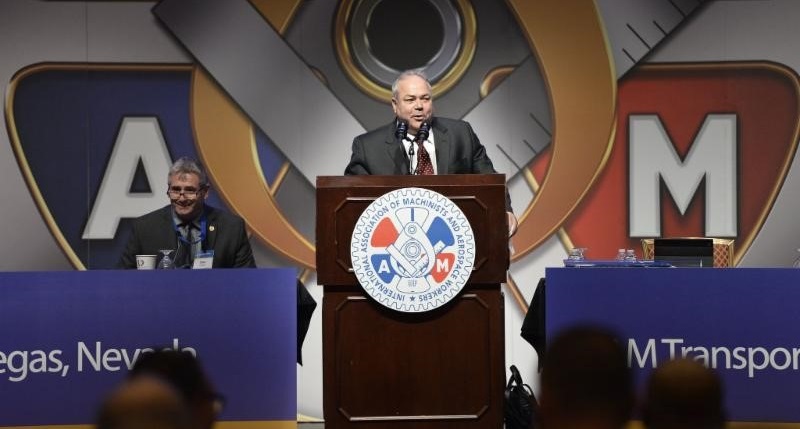 GVP Sito Pantoja addresses the delegates at the 2017 Transportation Conference

Delegates learned how to handle active shooter situations from the Department of Homeland Security. They also heard about how the IAM’s Critical Incident Response Team has responded to past incidents and developed a new curriculum to train additional members.

Transportation GVP Sito Pantoja set the celebratory tone of the conference by discussing the Transportation Department’s successes of the last few years, including:

The IAM has also thought outside-the-box with new organizing models at places like McGee Air Services where we have organized over 1,200 new members since July 2016, and over 900 at United Ground Express (UGE). Both of these are new companies and the membership will continue to grow significantly as they expand.

“In spite of these achievements, there is much work yet to be done,” said GVP Pantoja. “We cannot allow ExpressJet to continue delaying a fair agreement for our Flight Attendants, and we will redouble our efforts to finally organize Delta flight attendants and ground workers and JetBlue ground staff. I look forward to celebrating the successful conclusion of these campaigns at our next Transportation Conference.”