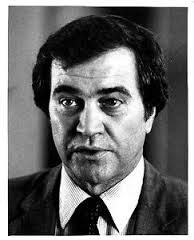 Former IAM District 100 President and leader of the famed IAM strike at Eastern Airlines in the late 1980’s died at a retirement community outside Orlando, Florida. He suffered from leukemia and Parkinson’s disease.

Born in the coalfields of West Virginia, Bryan began his career as an aircraft mechanic in 1952 with American Aviation before taking a job as a mechanic with Eastern Airlines in 1956.

A diligent and respected worker and union brother, Bryan was an introspective and well-read man who preferred the midnight shift. Bryan rose through the ranks of the Machinist’s Union and became president of IAM District 100.

The economic woes of the early 1980s and cutthroat competition from airline deregulation prompted carriers—such as Eastern Airlines led by Frank Borman—to embark on drastic cost-cutting schemes, and labor was a prime target.

Borman advocated a plan that would tie the wages of IAM members at Eastern Airlines to the financial performance of the airline, but IAM members and Charlie Bryan would have none of it.

“The Gestapo tactics of Martin Ludwig Borman and his Nazi scorched earth policies will not work with this union leadership,” wrote Bryan.

After Frank Lorenzo’s Texas Air Group bought Eastern in 1986, the inevitable clash with the IAM and Bryan happened when Lorenzo brought Eastern into bankruptcy court and demanded draconian wage and benefit cuts from IAM members.

IAM members, backed by their leader Charlie Bryan, said no and struck Eastern from 1989-1991 when the carrier ceased operations.

“Charlie Bryan was at ground zero of the airline labor battles in the 1980s,” said General Vice President Sito Pantoja. “IAM members at Eastern said enough is enough and they had rock-solid leadership in Charlie Bryan.”

In retirement, Charie Bryan lived a quiet life in Florida.

Read the article in Forbes.