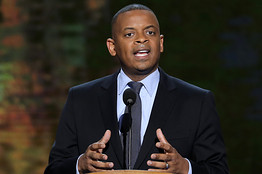 Foxx has received much praise for his efforts in expanding and improving Charlotte’s transit infrastructure as a way to grow the economy.

“The IAM looks forward to working with Mayor Foxx to address many of the nation’s transportation issues,” said General Vice President Sito Pantoja. “We look forward to assist in expediting Mayor Foxx’ confirmation.”