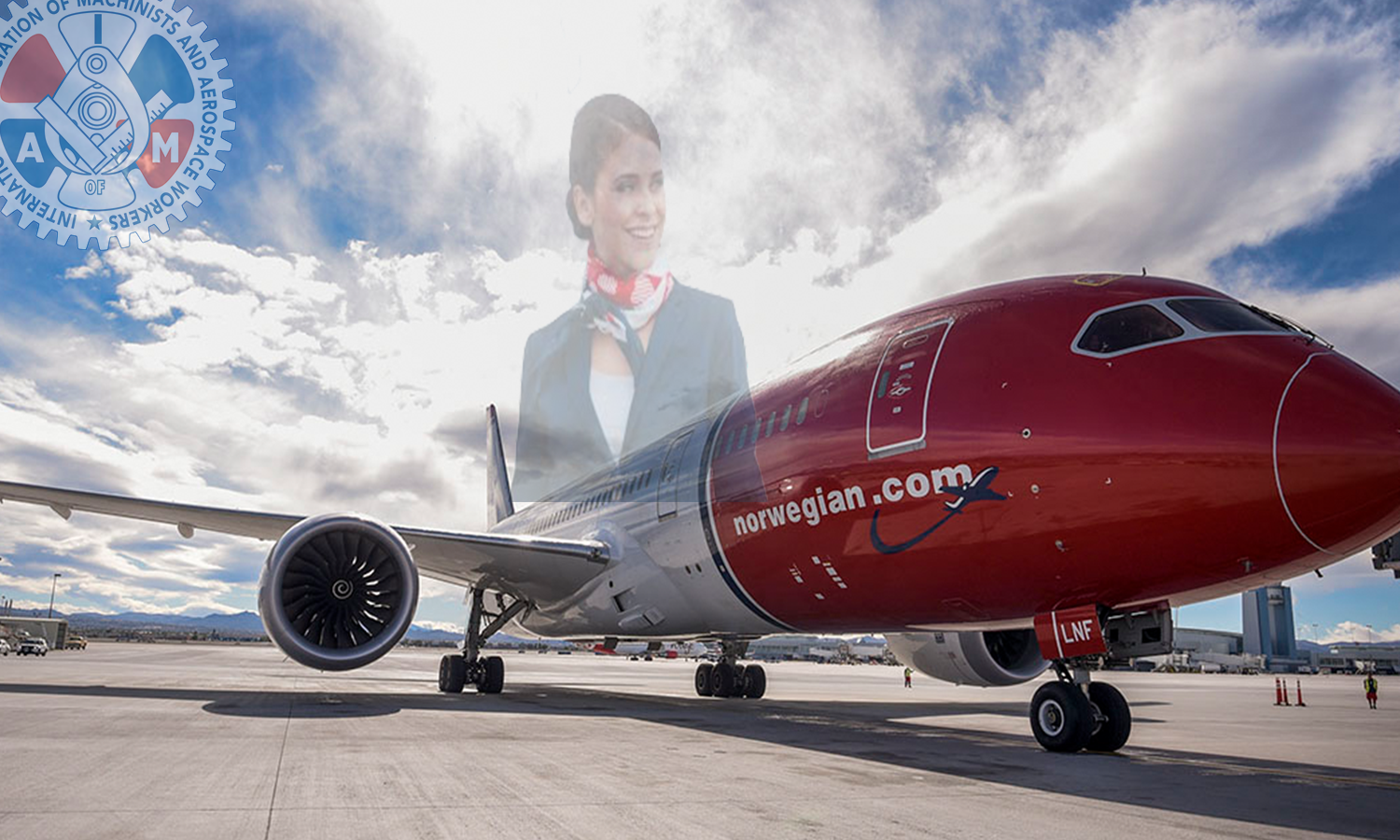 Washington, DC, March 29, 2017 — The International Association of Machinists and Aerospace Workers (IAM) today announced that following a showing of interest from a majority of OSM Short Haul U.S. flight attendants, the company formally recognized the IAM as their collective bargaining representative in accordance with the Railway Labor Act.These approximately 40 US-based IAM-represented flight attendants will be flying for Norwegian Air International (NAI).

The agreements come on the heels of the International Transport Workers’ Federation (ITF) and the parent company of OSM SH US’ recent Memorandum of Understanding (MOU), which provides for the company’s neutrality in union organizing campaigns and fully recognizes the right of OSM Cabin Crew employees to organize and bargain collectively.

“The historic agreement between the ITF and OSM Aviation paved the way for both union representation and contractual improvements to pay, benefits and working conditions for the flight attendants of the growing company,” said General Vice President Pantoja.

The five-year accord brings immediate pay increases, continuing over the life of the agreement. Specialty classifications will also see significant gains in their pay premiums and all flight attendants will enjoy hikes in per diem, monthly flight supplements and an additional paid holiday as well as the protections of a grievance procedure.

The IAM is the world’s largest airline union, representing over 100,000 members. More information about the IAM is available at goIAM.org.