Off the heels of her very strong debate performance Wednesday night, Hillary Clinton came to San Antonio, Texas yesterday and met with more than 50 IAM Transportation Department members for the Latinos for Hillary Rally.

IAM Transportation members from all over the country descended upon Texas from as far away as Newark, NJ, with healthy contingents from all three Transportation Districts, 19,141 and 142. All IAM members showed their support for honorary IAM member and presidential candidate Hillary Clinton.

“I thank all our members for taking the time to attend this important campaign event,” said General Vice President Sito Pantoja. “IAM members always make a difference in who 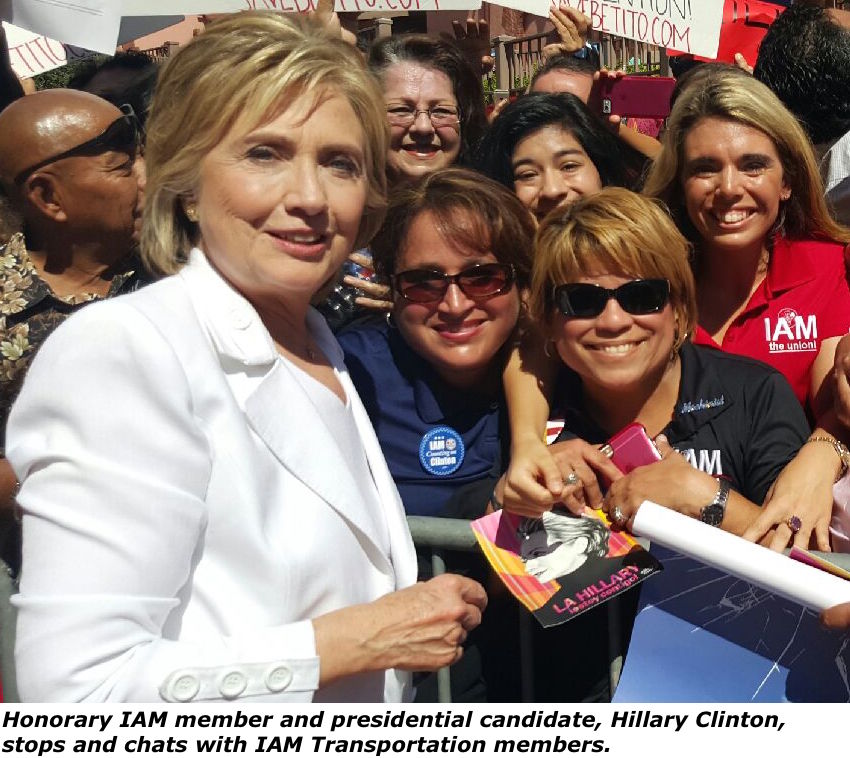 becomes the next U.S. President because we mobilize and do the necessary ground work that wins elections.”

As Secretary Clinton approached a large group of IAM members, she noticed her sisters and brothers and said, “I love the Machinists!”

The Latinos for Hillary event was focused on strengthening the already strong support Clinton has garnered from Latinos. The Latino population is a critically important voting bloc, one that could possibly sway both the race for the Democratic party’s nomination and the general election.

The IAM, with over 600,000 active and retired members, was among the first major unions to throw its support behind Hillary Clinton’s presidential bid.

Click here to read why the IAM endorsed Hillary Clinton.