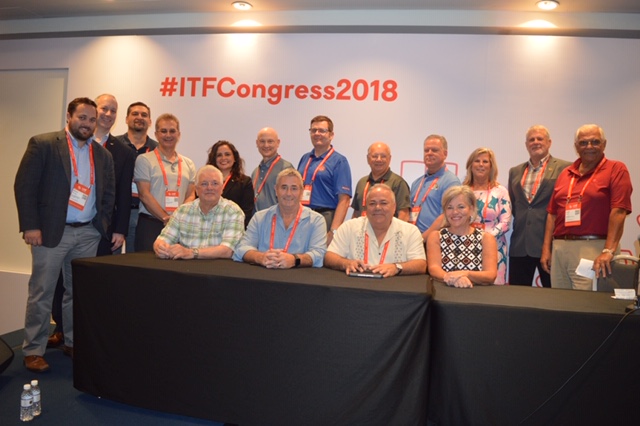 The 44th International Transport Workers’ Federation (ITF) Congress is taking place this week in Singapore to develop strategies to protect transportation workers globally. The Congress of more than 2,400 delegates, the biggest ITF Congress to date, elected several IAM and TCU officials to leadership positions.
IAM Transportation General Vice President (GVP) Sito Pantoja and TCU National President Bob Scardelletti were re-elected to the ITF’s Executive Board.
Civil Aviation Delegates representing 253 affiliate unions and 750,000 workers elected Transportation Chief of Staff Joseph Tiberi as Civil Aviation Chair and re-elected Chief of Staff to the International President Owen Herrndstadt as the committee’s North American representative.
Joseph Condo, TCU Assistant to the President, was re-elected as the Railways Section Committee’s North American Co-Chair. Grand Lodge Representative Brianna Gregory was elected to the ITF’s Young Workers’ Committee and District Lodge 142 General Chair Sara Gonzales was elected as the North American representative to the ITF’s Women’s Committee.
“These elections prove that the Machinists Union is recognized globally as one of the preeminent leaders in the international labor movement,” said GVP Sito Pantoja. “We have earned the respect of our sisters and brothers worldwide through the industry-leading contracts we have achieved for our members and the political strength we demonstrate every day. It is a great honor for the Machinists Union that so many of our representatives are serving as leaders on the international stage.” 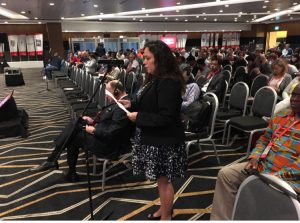 In addition to the successful elections, District 142 General Chair Sara Gonzales introduced a resolution for the ITF to reaffirm its support for the IAM-Delta organizing campaigns. The motion passed unanimously by all affiliates worldwide. 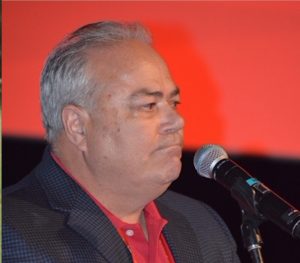 GVP Pantoja, on behalf of 658 ITF affiliates in 140 countries representing more than 20 million transportation workers, had the honor of making the unopposed nomination for Stephen Cotton to serve another term as ITF General Secretary.