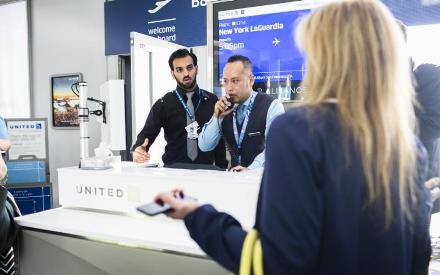 The U.S. Department of Justice (DOJ) last week ruled that passenger service agents are covered by legislation adopted in 2002 that set significant penalties and jail time for anyone who “interferes with airport and airline personnel who have security duties.” While the original intent of the statute had been to cover all airport employees with security duties, the law had been reinterpreted as covering only TSA Agents and law enforcement personnel.

This confirmation by the DOJ means that federal charges are possible in cases where passenger service agents suffer physical or verbal abuse from a passenger, but the decision to refer for federal prosecution, or to prosecute at all at any level, is still at the discretion of local law enforcement. Local law enforcement too often fails to take any action, which prompted the IAM’s campaign for mandatory federal prosecution.

The IAM has been the loudest, and for many years the only, voice in Washington urging the passage of federal legislation mandating federal prosecution for assaults on passenger service agents.

“Under current federal law, it is illegal to interfere with a pilot or flight attendant’s ability to perform his or her job,” wrote General Vice President Sito Pantoja to U.S. Senators considering legislation in April, 2016. “This same statute also creates stricter sentencing guidelines for cases involving assaults on flight crew members… Federal law that protects flight crews does NOT apply to customer service representatives. They deserve the same protection against hostile passengers. Instead of having clarity in our laws, local jurisdictions decide when or if to prosecute perpetrators or whether to report an incident in the first place. A simple solution would be to allow federal law that addresses assaults on flight crew members to apply to assaults on airline customer service representatives.”

The DOJ ruling still leaves prosecution and/or referral to federal authorities in the hands of local law enforcement. It does not provide the protection the Machinists Unions wants for customer service representatives.

“The IAM will continue fighting until customer service representatives have the protections they deserve,” said GVP Pantoja. “We will accept nothing less.”