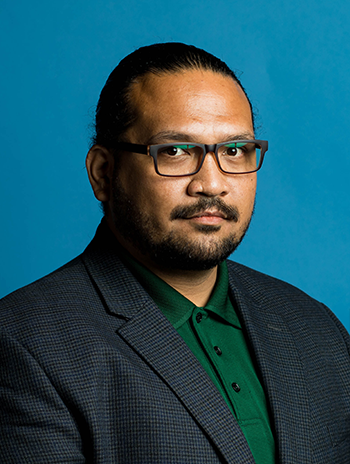 IAM International President Robert Martinez Jr. appointed Kaleb Rosa as a Special Representative to the IAM Air Transport Territory. Rosa served as President of Local 2202 and, most recently, General Chairperson for IAM District 142. The appointment was effective on Nov 1, 2022.

Kaleb hired into Alaska Airlines in 2002 and quickly hit the ground serving the members. He served as Vice President, Chief Steward, Communicator, Trustee, Auditor, and Shop Steward while at IAM Local 2202.

“Brother Rosa has been a true advocate for our members,” said IAM Air Transport Territory General Vice President Richie Johnsen. “Kaleb has served in every capacity in the local and has recently helped negotiate one of the industry-leading contracts for members at Alaska Airlines. He is well-known throughout the airline community and represents the IAM with extreme pride. Air Transport Territory members will benefit from his extensive knowledge of negotiating contracts in the airline industry. His extensive communication skills will help reach our members across the industry.”

Rosa has also served IAM District 142 as Director of Human Rights and Director of Organizing. He also sits on the Executive Board of the Washington State Machinists Council.