IAM Local Lodges throughout the United States and Canada regularly present service awards to members. Service pins are awarded for each five years of membership beginning the 15th year, and a certificate is also provided for each 5th year from 25-50. At 50, a member is awarded a gold Lifetime Membership card and exempted from paying dues.

But at Local Lodge 625’s 27th annual Service Award dinner held March 26, 2016 in Waycross, GA, things were more special than in previous years. General Vice President Sito Pantoja had the rare honor of presenting a special award to a retiree who has been an IAM member for a remarkable 75 years. 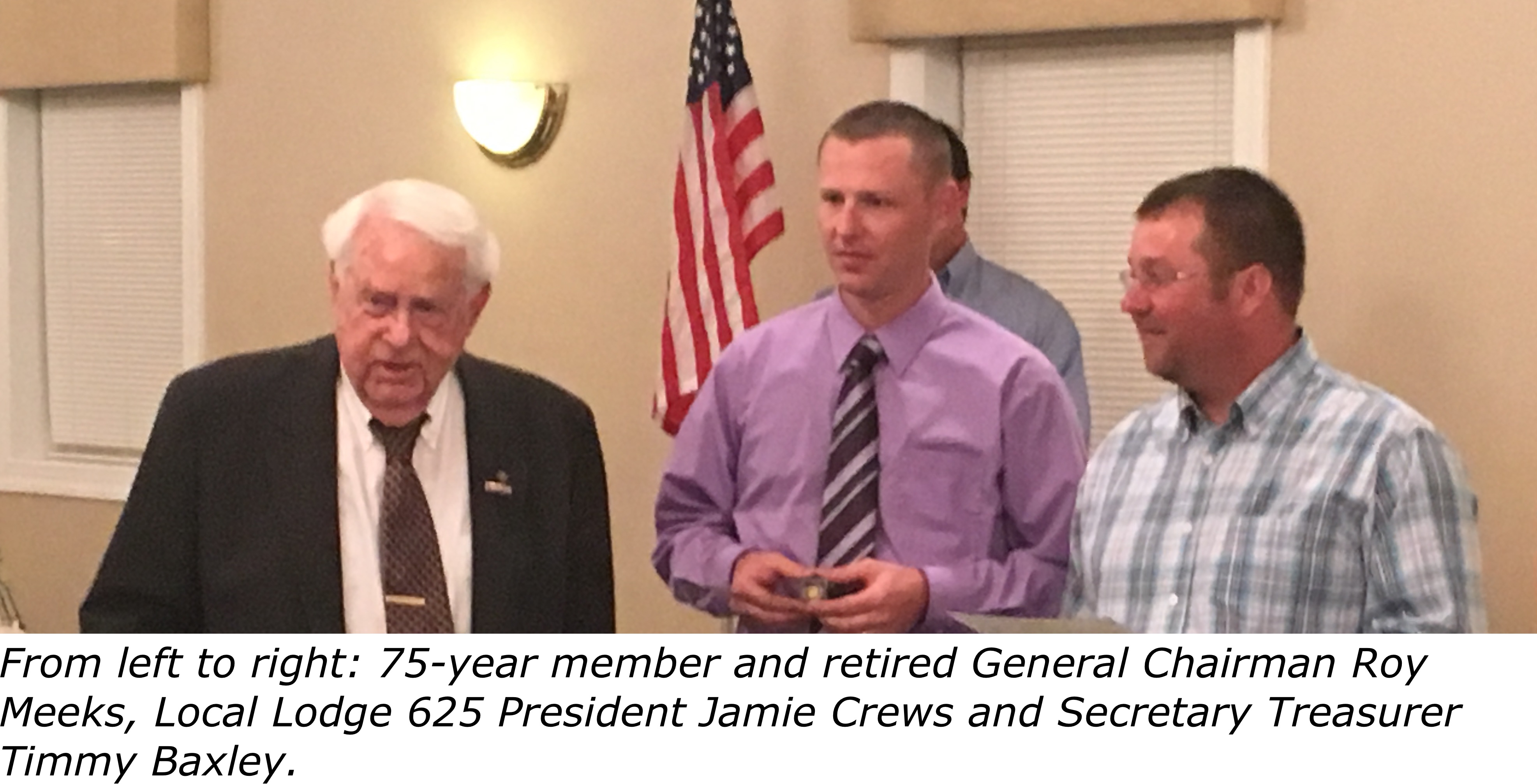 Roy Meeks initiated into the IAM as a railroad Machinist in 1941. He became a General Chairman in 1953, a position he held until his 1980 retirement.

“I have been an IAM member for 39 years, and have presented countless service awards to veteran members,” said GVP Pantoja. “I have never had the privilege to present an award to a 75-year member.”

The Machinists Union stocks service award pins up to 50 years, but a 75-year membership award is so rare a pin had to be specially engraved for Roy Meeks. Local Lodge 625 and District Lodge 19 also made special presentations to Brother Meeks, whose family joined him at the Local 625 awards dinner.

At 95 years old, Roy Meeks remains more active in his union than most 25 year old members. In spite of his lifetime membership earning him a dues waiver, Brother Meeks continues to pay full dues, attends the Local 625 union meeting every month, and is a major contributor to MNPL.

“Roy Meeks is an inspiration and an example of the true journeyman unionist we all should strive to be,” said Pantoja.