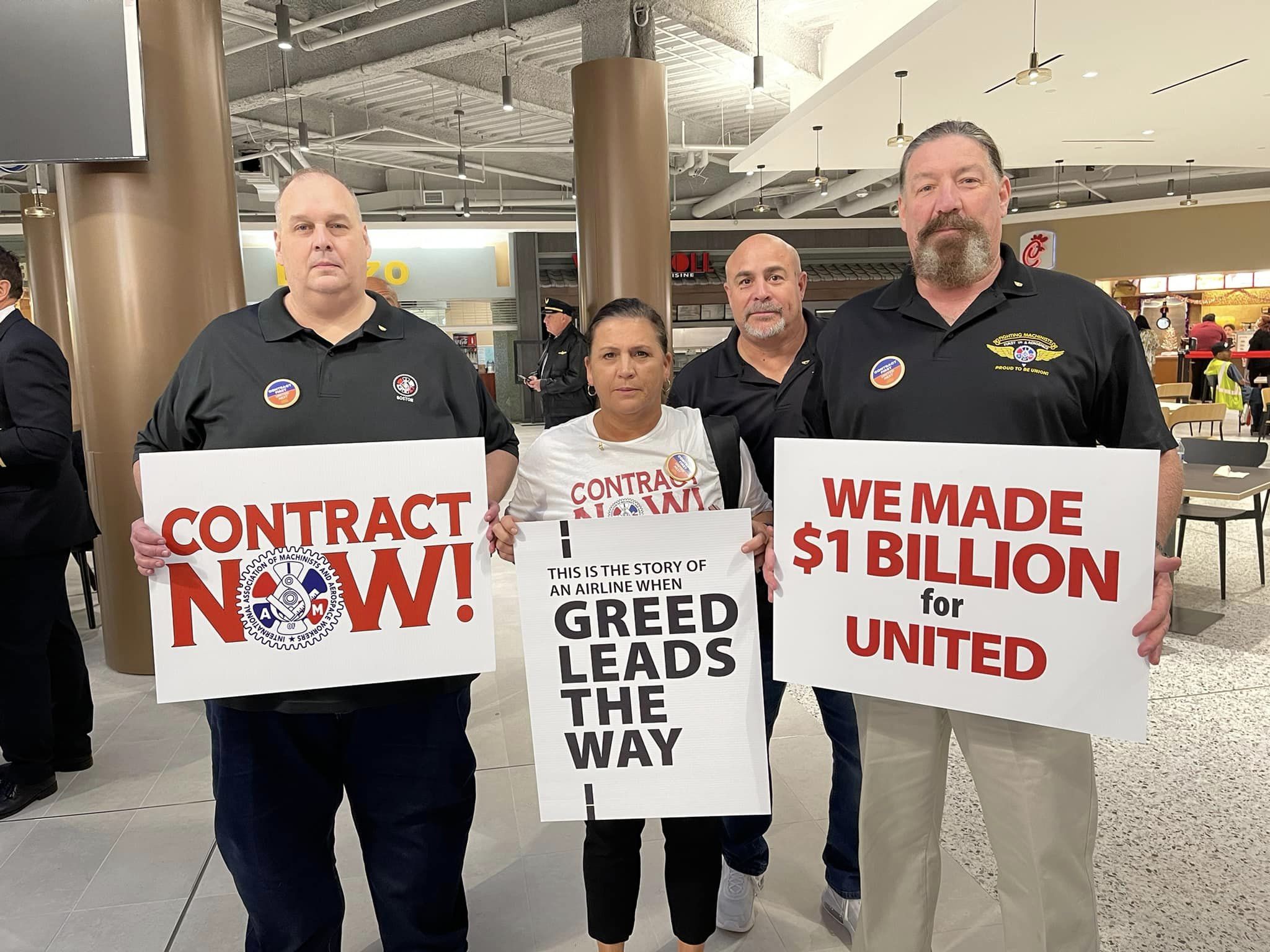 The Machinists Union is proud to stand in solidarity with the United Airlines Pilots as they demand a union contract they deserve.

On Wednesday, December 7, 100 members of the IAM District Lodge 141 and the Association of Flight Attendants-CWA (AFA-CWA) who also work at United stood in solidarity with the 200 United Airlines pilots as they held an informational picket during the airline’s board of directors meeting in Houston.