ITF-affiliate unions from Europe, South America and Africa, representing tens of thousands of workers at Delta’s SkyTeam partner airlines, threw their support behind the IAM Delta campaign and vowed to mobilize globally to ensure Delta Flight Attendants gain a voice in their future.

“The ITF is here today to show Delta Flight Attendants that their campaign has the backing of the largest transportation worker federation in the world,” said ITF General Secretary Steve Cotton. “Delta Flight Attendants’ fight for union representation is our fight. The ITF is prepared to aid this historic movement in every way possible.”

?”I thank my ITF sisters and 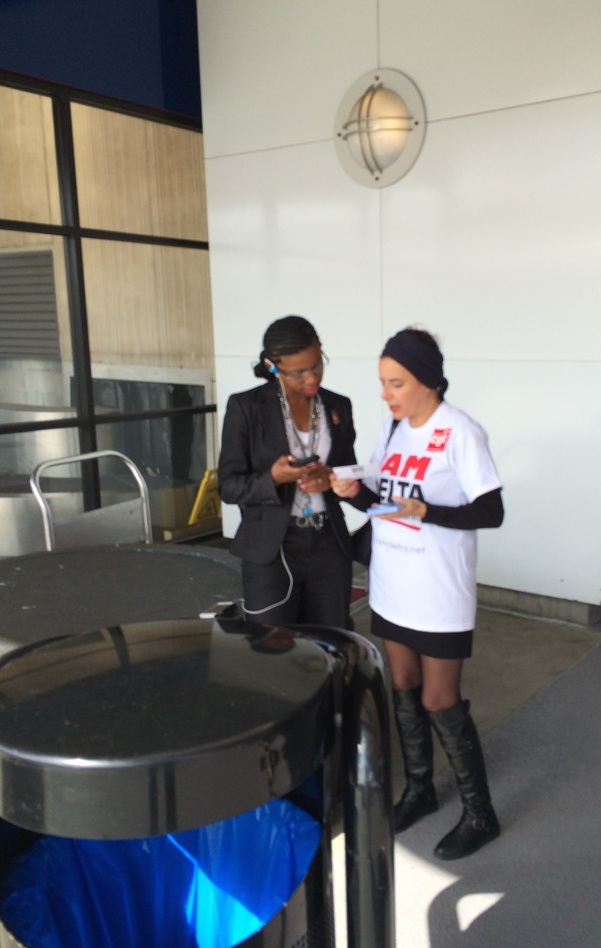 brothers for supporting the Delta Flight Attendant’s historic campaign,” said IAM General Vice President Sito Pantoja. “As we move this process forward to a successful conclusion, the ITF’s international participation will be invaluable. Delta is a global airline, and that’s why we’re running a global organizing campaign.”

“Today’s meetings and events were inspiring,” said 33 year Delta Flight Attendant Cindy Allen. “It was amazing to meet with unionized SkyTeam workers and know they will do everything in their power to help us win this campaign.”

The ITF represents more than 4.6 million members of 708 unions in 151 countries across the globe. More information about the ITF is available at www.itfglobal.org.