In yet another example of the TWU-IAM Association’s combined power and strategically negotiated pre-merger, stand-alone contracts, Association represented Mechanic and Related, Fleet Service and Stores workers will receive top-of-scale wage increases of between approximately three percent to almost 10 percent, depending on work classification and pre-merger carrier employment in mid-September. 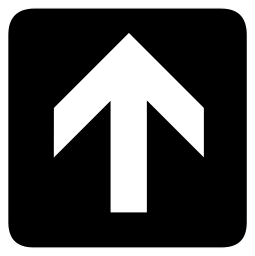 “When the TWU-IAM Association formed after the merger of American and US Airways, the guiding principle was to ensure members at the ‘New American Airlines’ were treated fairly considering their prior sacrifices in creating the largest global carrier,” said Sito Pantoja and Harry Lombardo, Association Chair and Vice Chair, respectively. “These deserved wage hikes are an example of this philosophy, and we aren’t stopping here. Your Negotiating Committees continued the contract reconciliation process last week in Chicago and will be back at the table in short order to fight for further deserved wage increases among other improvements.”

In mid-September, Aircraft Mechanics will earn a top-of-scale “all in” rate of $38.71, Fleet Service employees’ top-of-scale rate increases to $24.39 (Crew Chief/Lead premium not included) and Stores workers will earn $25.34 at top-of-scale. Maintenance Control Technicians, part of the Mechanic and Related class and craft, will surpass $46 per hour at top-of-scale, and those rates will rise while in joint contract negotiations.

“Association members’ will continue to receive wage increases while in negotiations for a joint contract,” continued Pantoja and Lombardo. “This is critical wage protection as there are many other issues that need to be resolved in joint contract negotiations. Each stand-alone contract ensures that Association members’ wages will not fall behind the industry as we fight for other equally important aspects of compensation, such as healthcare and pension benefits, job-security and work-rule improvements.”

Click here to view the modified wage scales as of September 12, 2015.