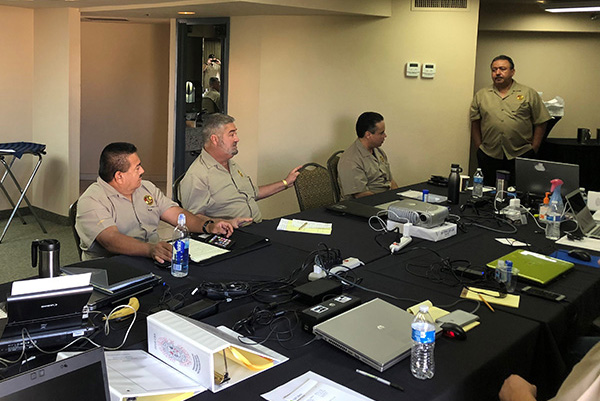 Nearly 1,300 IAM Local 933 members at Raytheon Missile Systems in Tucson, AZ are standing together for a fair contract in negotiations that kicked off this week.

“Our members are the backbone of Raytheon,” said Allen. “In light of Raytheon’s huge profits and the windfall they received via the corporate tax cut our members should receive their fair share of the profits they help create. Their efforts deserve nothing less than a stellar agreement that will ensure our members’ and their families’ economic security well into the future.”

In 2015, IAM Local 933 members ratified a three-year contract that was much improved from the first offer presented by the company.

“Our entire union stands fully behind our Brothers and Sisters at Raytheon,” said Martinez. “These highly-skilled men and women are responsible for the success of Raytheon. We will use every resource necessary to ensure we get a fair contract from this company.”

IAM members at Raytheon build missiles and other sophisticated weapons that are vital to the U.S. military around the world to ensure America’s defense.