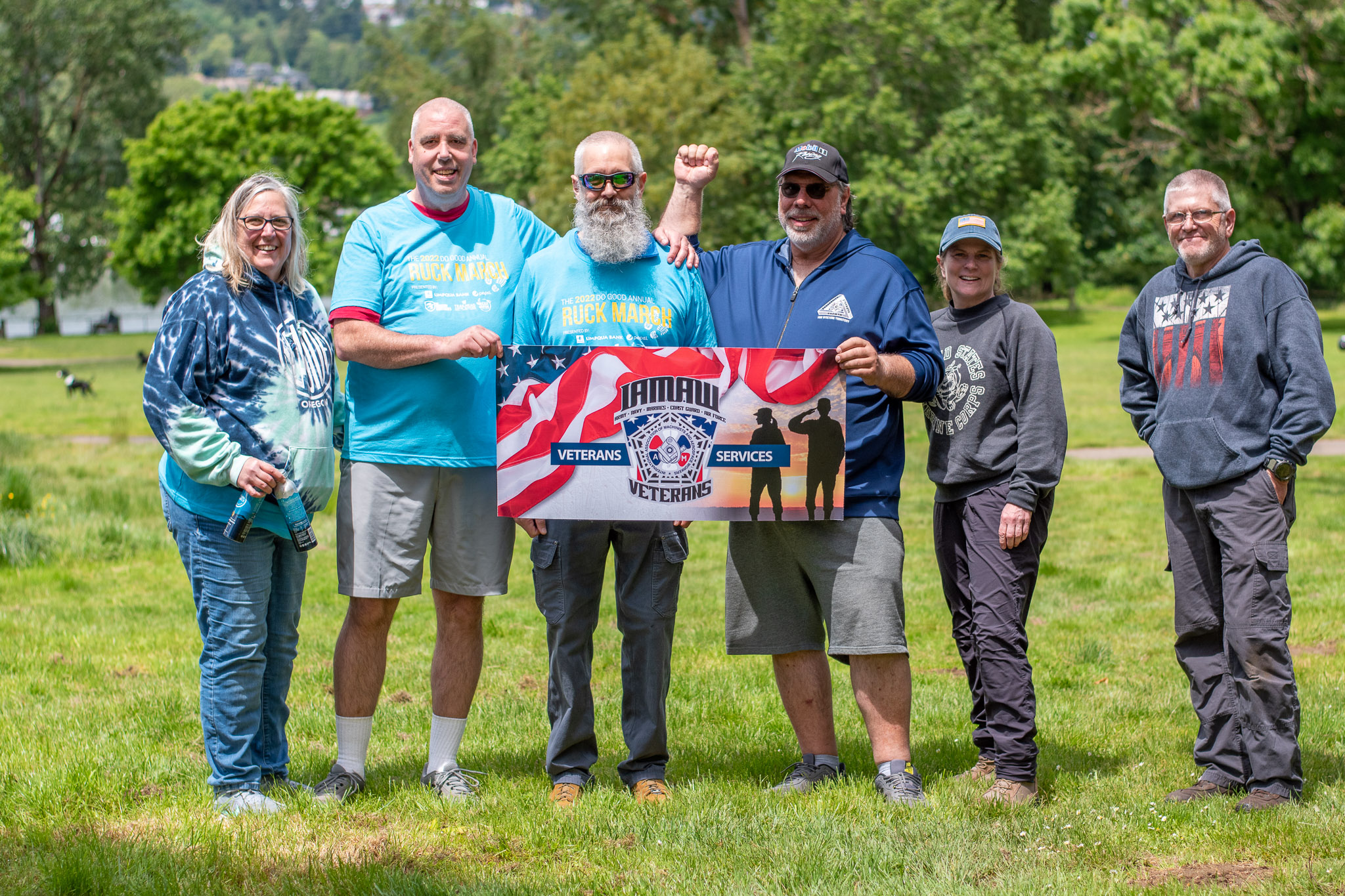 Frank Wilson is a U.S. Navy Veteran, 18-year shop steward, and trustee of IAM Local 1005 in District W24. He works for the City of Portland, OR as a vehicle and equipment mechanic and is very passionate about helping U.S. military veterans struggling with mental health.

Wilson is one of three local delegates from the West Coast on the steering committee for IAM’s Veterans Services Program. He has been attending classes at the IAM’s Winpisinger Education and Technology Center (W3) to become accredited by the U.S. Department of Veterans Affairs (VA) as a representative. Through connections he made at the W3 classes, he was introduced to “Do Good Multnomah,” a non-profit organization that provides support services and low-barrier shelter to homeless veterans.

To prepare for the Ruck March, Wilson bought a new pair of boots and broke them in by walking around his neighborhood with a weighted backpack garnering donations. He pledged to shave his head as he had for Navy bootcamp once he reached $500 in donations. Wilson kept his promise and shaved his head at the $500 benchmark after about two weeks of fundraising.

Wilson’s team, which he named “IAM Ruck On,” raised the second-most donations of all the teams that participated.