The Gift of a Guitar Bringing Members Together at Winpisinger Center 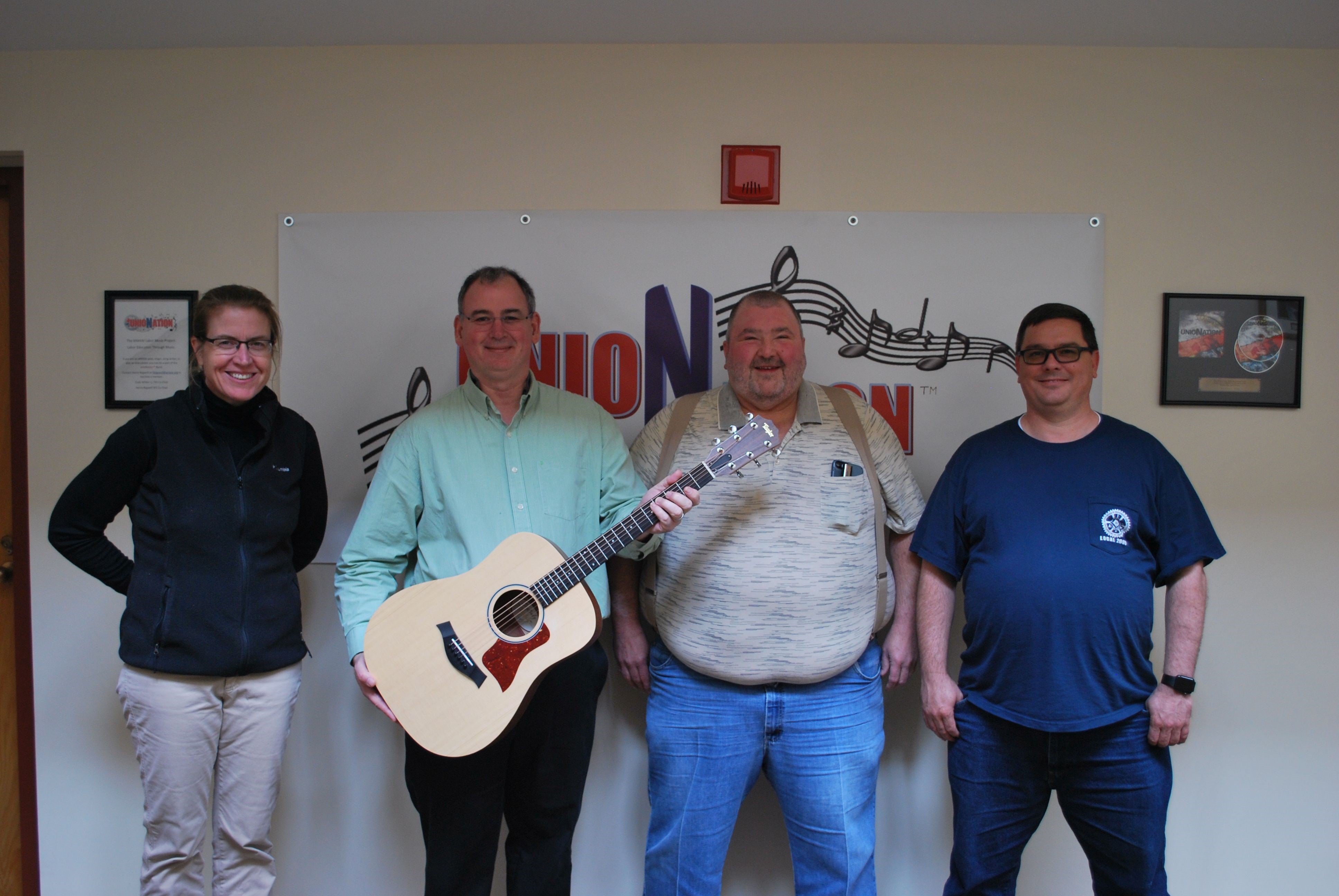 Sitting on the serene banks of the Patuxent River in southern Maryland is the IAM’s world-class labor education facility, the Winpisinger Center. Every year, thousands of Machinists Union members travel here to learn skills in organizing, negotiating, union leadership and more.

The Winpisinger Center also gives IAM members from across North America and of all different backgrounds the chance to meet each other. The atmosphere builds friendships that can last a lifetime.

Members who have been here will tell you it’s often the conversations outside the classroom that create the closest connections. Now, thanks to a generous donation by two IAM members, the power of bringing people together through music will continue for years to come at the Winpisinger Center.

“I just wanted to do something that I thought would be a nice way to give back to the Winpisinger Center,” said Billy Barnwell, directing business representative for IAM District 131 in Georgia.

An avid guitar player since the age of 15, Barnwell noticed that the Centers’ guitar was giving in to its age. “It was on its last leg,” said Henry Bagwell, an education representative at the Winpisinger Center.

Barnwell knew what he had to do. The next time he came to the Winpisinger Center, he brought a brand new American-made Taylor guitar with him.

He split the cost with his friend Eben Barnett, a District 131 organizer who doesn’t play guitar but wanted to help.

Barnwell saw the value of the donation early on.

“Before you know, there’s a crowd gathering around,” said Barnwell. “It brings people together.”

Bagwell agrees. He helped IAM musicians join together to create the band UnioNation.

“Music breaks down virtually any barrier,” said Bagwell. “It cuts through all the garbage.”