The Nation Lost an Ambassador; I Lost a Friend 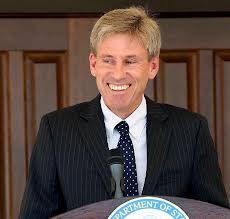 On September 11th, Chris Stevens, our Ambassador in Libya, and three other official Americans were killed during a violent assault against the US Consulate in Benghazi, Libya.  Chris was a friend even before we became State Department colleagues where we both, till that moment, spent 20-year careers working in and on the Middle East. Public commentary on his role as a diplomat has been deservedly, laudatory but still somehow failing to convey the man behind the man in the news.

Chris was a Peace Corps volunteer in Morocco at the same time I was serving in the neighboring country of Mauritania. We met at a returned Peace Corps volunteer function his first week in DC where he’d relocated to work as a lawyer for a San Francisco-based firm. He was on the docket for the Foreign Service at the State Department where I already worked and was debating whether to join. He would join within the year because he wasn’t about making money. He was about public service and fostering better relations between nations and their peoples. His heartfelt belief that good people could always find each other and work together to forge a brighter future, make his senseless murder all the harder to take. At the RPCV function, he told me that he hated his living situation.  I’d just lost a housemate and, on the spot, offered him the room. Two days later he moved in.

Chris loved the outdoors and hiking. As a San Francisco-area denizen he adored Yosemite Park (my favorite). Tall and at the time almost skinny, Chris was a good athlete who ran, played tennis, rode bikes with competitive zeal while assuring all that he was “just stretching my sticks.” He had a passion for foreign cultures and a particular interest in the Arab World. His Peace Corps background and love of humanity ensured that he made friends at every level of society in any country he was subsequently posted.

Chris passed the ultimate litmus test at my house by becoming fast friends with my brother Bart, who had Down’s syndrome and an uncanny ability to bond with the right people. Chris was one of those special people who “got” Bart – the pure, wonderful essence of him that had nothing to do with his handicap. The high jinx and joking that would go on when those two got together. Chris always had an eye for the ladies and back then, so did Bart. Hence, the joshing tended to the randy side, with Bart frequently assuring Chris that he could steal his girlfriend. Chris would always say something along the lines of — that’s why I’m not letting her near you Uncle Bart (like everyone else “close in,” he adopted Bart as “Uncle Bart.”). Bart used to think that was hilarious.

Chris had a small, but close family. There was a minor earthquake in San Francisco shortly after he moved in and he recalled a story from his mother. She was in a Kinko’s during one quake and had just hit the copy button when it struck. She had the momentary sensation that she’d set the thing off! Chris’s Dad, like mine, used to send him random clippings from newspapers and magazines that caught his attention and made him think of Chris. His love of music clearly came from his mother who was a cellist with a San Francisco Bay area Symphony. His brother Tom was also a lawyer. His “little” sister Ann spent a weekend with us to enjoy one of the first nationally-promoted Earth Days on the lawn of the US Capitol building and it was clear that Chris relished his role as older brother. Chris never married and had children but he always asked after my four. He joked that I had had enough for both of us.

Secretary of State Clinton mentioned in her public remarks that she’d spoken to Chris’s sister Ann to offer her condolences. I can’t imagine getting a call like that about my beloved big brother. It’s been hard enough losing Chris as a friend. The world has lost a person truly devoted, in thought and actions, to making it a better place. We are all the poorer for it. 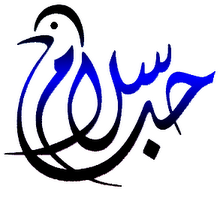 The dove at the end of my remembrance is fashioned from the Arab words”Salaam” and “Houb”(Peace and Love). It was designed by Arab artist Mamoun Sakkal in response to the tragedy at the World Trade Center to honor the victims and encourage efforts for peace, tolerance and understanding.

Given the timing of Chris’s death and the circumstances of his life, I couldn’t think of a more fitting coda.