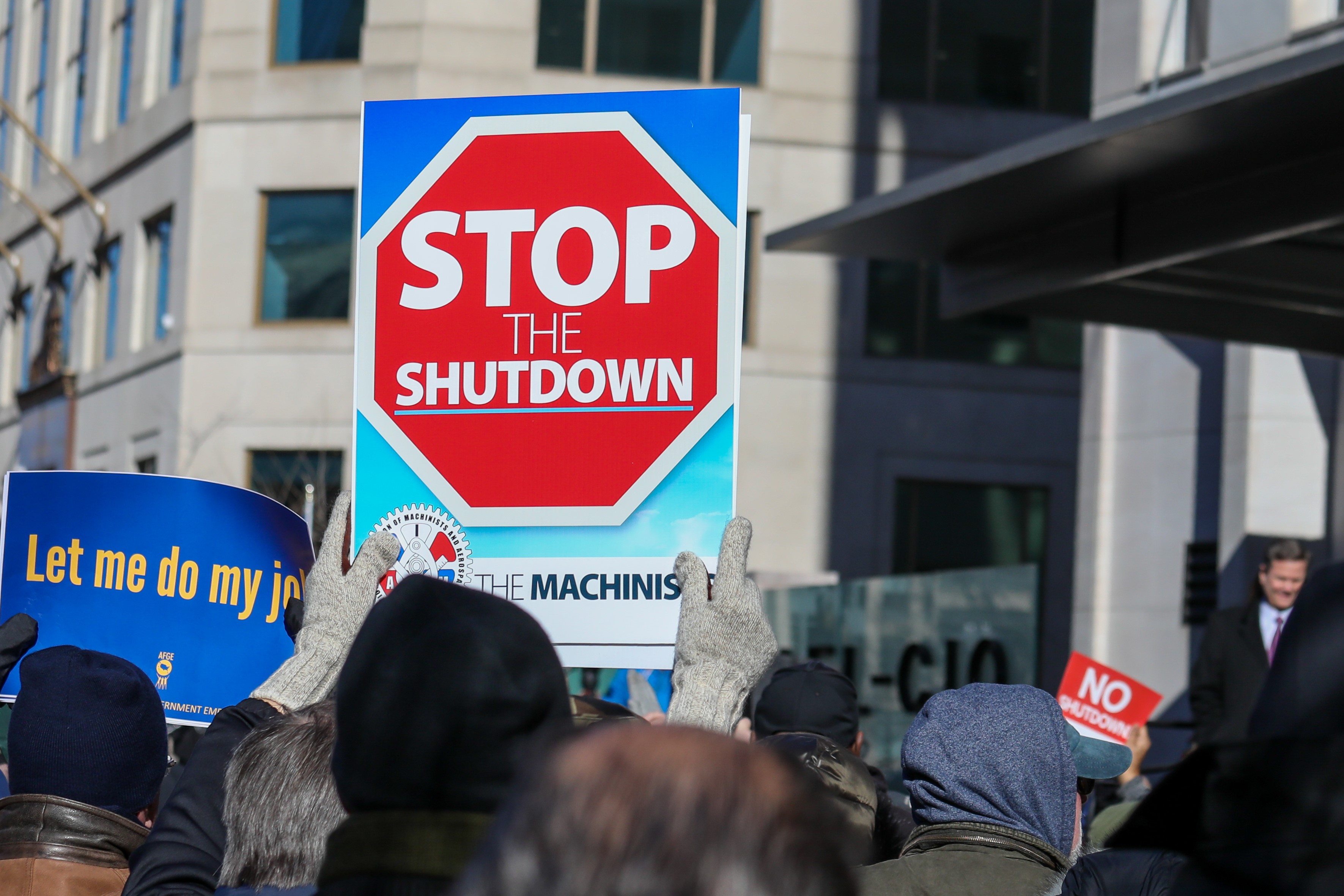 Thousands came together at a rally in Washington, D.C. to demand an end to the current government shutdown, now the longest in U.S. history. IAM members who work for a NASA contractor and the Housing and Urban Development Department were on hand to address the crowd outside the AFL-CIO.

View pictures from the rally.

Steve Ching, an industrial high-voltage technician and federal contractor for NASA at Kennedy Space Center in Cape Canaveral, FL. has been out of work since the shutdown began on December 22. Ching, a 15-year IAM Local 2061 member and current vice president of his local, monitors and maintains the Space Center’s power grid. During the shutdown, only two electricians are doing the work of 10, putting NASA’s mission, including the International Space Station, at risk.

“Hard-working Americans like myself are being used as pawns in this political divide,” said Ching. “Congress and the President must put aside political differences, reopen the government and work together to solve America’s problems… just like we always have in this great country.”

Machinists Union members at NASA want to get back to work. Do your job, Washington. Via @orlandosentinel. #ShutdownStories https://t.co/r5abTnwyUC

“We have mortgage, rent, student loans, daycare costs, and car bills to pay and we need our paychecks now,” said Rodny. “Because of this shutdown, millions of Americans are at risk of being evicted and homeless because HUD rental assistance payments are not going to go through if the government is shut down. And that affects our seniors, our children, our disabled and our veterans who need our government’s assistance to help them survive.”

“Our members and their families have already missed a paycheck,” said Machinists Union International President Bob Martinez. “This shutdown has lasted way too long and the impact on working families has been crippling. On behalf of the Machinists family, I want to let every member affected directly or indirectly by this shutdown know that your union will continue to fight to end this unnecessary shutdown.”

“No payments means no gas for our cars, no money for our prescriptions, our groceries, our rents and our mortgages,” said Steve Ching, a ⁦@MachinistsUnion⁩ member and high-voltage electrician who contracts for NASA. #StopTheShutdown https://t.co/9lHA0P90aQ

“But there are hidden costs, too, that go beyond money,” said Erwin  “Who in [the] world is going to want to work for the federal government when [workers] are disrespected … when people are not able to fill prescriptions, bouncing checks [and] ruining their credit?”

Here’s what you can do NOW to help:

1) Call our hotline at 866-803-8830 and ask your U.S. Senators to demand a vote NOW to end the shutdown and put our federal workers and contractors back to work with pay.

2) Use our online form to write your Senators asking them to push Senate Majority Leader Mitch McConnell to bring a vote opening the government to the Senate floor immediately.

Visit 211.org to locate organizations in your community that provide support and assistance to working families.