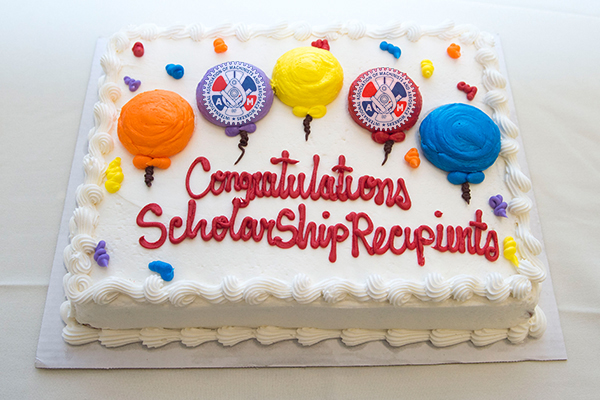 Three IAM families are celebrating what it means to be union after winning 2021 Union Plus scholarships. Recipients are being recognized for their academic achievements and union values.

This year, Union Plus awarded $250,000 in scholarships to 199 students representing 37 unions. The 2021 group of winners includes university, college and trade or technical school students from 42 states.

Lauren Grace Evans recently completed her first year as a nursing major at Troy and expects to complete her Bachelor of Science in Nursing in 2024. She hopes to attend graduate school with the goal of becoming a certified registered nurse anesthetist (CRNA). She decided to attend Troy after representing CHS at a Hugh O’Brian Youth Leadership Summit hosted by the university. Evans worked at Cullman County Center for the Developmentally Disabled while in high school, and her family has assisted with socially distanced chores at the facility during the COVID-19 pandemic.

Evans’ father has held several IAM leadership roles, including serving as president of the Alabama State Council of Machinists. She appreciates her father’s work to assist other union members.

“There are times when my dad has gone on strike to help those around him, and he has always taken pride in that,” said Evans. “IAM establishes loyalty, dignity, and a strong work ethic into each of its members and their families by extension. I hope someday to take part and create better opportunities for those around me.”

Macy O’Neill is a nursing major at WKCTC and plans to eventually pursue bachelor’s and master’s degrees with aspirations of being a nurse practitioner. She is following the footsteps of her mother, who is a nurse.

In addition to his IAM membership, O’Neill’s father is an International Brotherhood of Electrical Workers (IBEW) member. She saw the value of his union memberships in 2012 when an injury prevented him from working.

“My father received much-needed disability pay during this time,” said O’Neill. “Union membership helped my family when we needed it most. I am thankful unions exist to help hardworking men and women who want a better and brighter future.”

Sydney Pizzinato will return to ASU this fall for her senior year as an English literature major. She spent her first year at Mesa (AZ) Community College (MCC), transferred to ASU for the 2019-20 school year, and took classes at Northern Arizona University (NAU) this past year. Sydney expects to graduate in May 2022 and hopes to enter ASU’s Walter Cronkite School of Journalism and Mass Communication for graduate school. She is interested in journalism, technical writing, or academia as potential career paths. Pizzinato finished her first book when she was 14 and has published eight young adult books.

Both of Pizzinato’s parents work in the airline industry. In addition to her father’s IAM membership, her mother is an Association of Flight Attendants-CWA (AFA-CWA) member. Pizzinato’s mother set up the crisis center for airline crew members at Vancouver International Airport following the events of Sept. 11, 2001.

“From their salary to benefits, my parents’ union memberships have enabled our family to have a better lifestyle with a roof over our heads, food on our table, insurance benefits, and much more,” Pizzinato said.