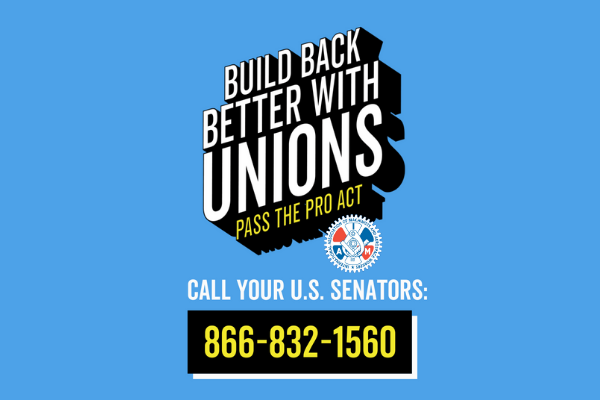 Today is the labor movement’s National Day of Action for the Protecting the Right to Organize (PRO) Act. It’s a day for labor and its allies to let the U.S. Senate know that it’s time to support the hardworking men and women of this country by supporting the PRO Act.

The PRO Act puts workers first and strengthens the rights of workers to join and participate in a labor union. The bill (H.B. 842) passed the House in early March and is expected to be before the U.S. Senate soon.

The Machinist Union has compiled a list of ways you can help pass the PRO Act:

Today, @MachinistsUnion members and workers across the U.S. are calling on their Senators to stand up for working families and support the #PROAct.

We have a chance to make generational change for workers. Let’s get it done.