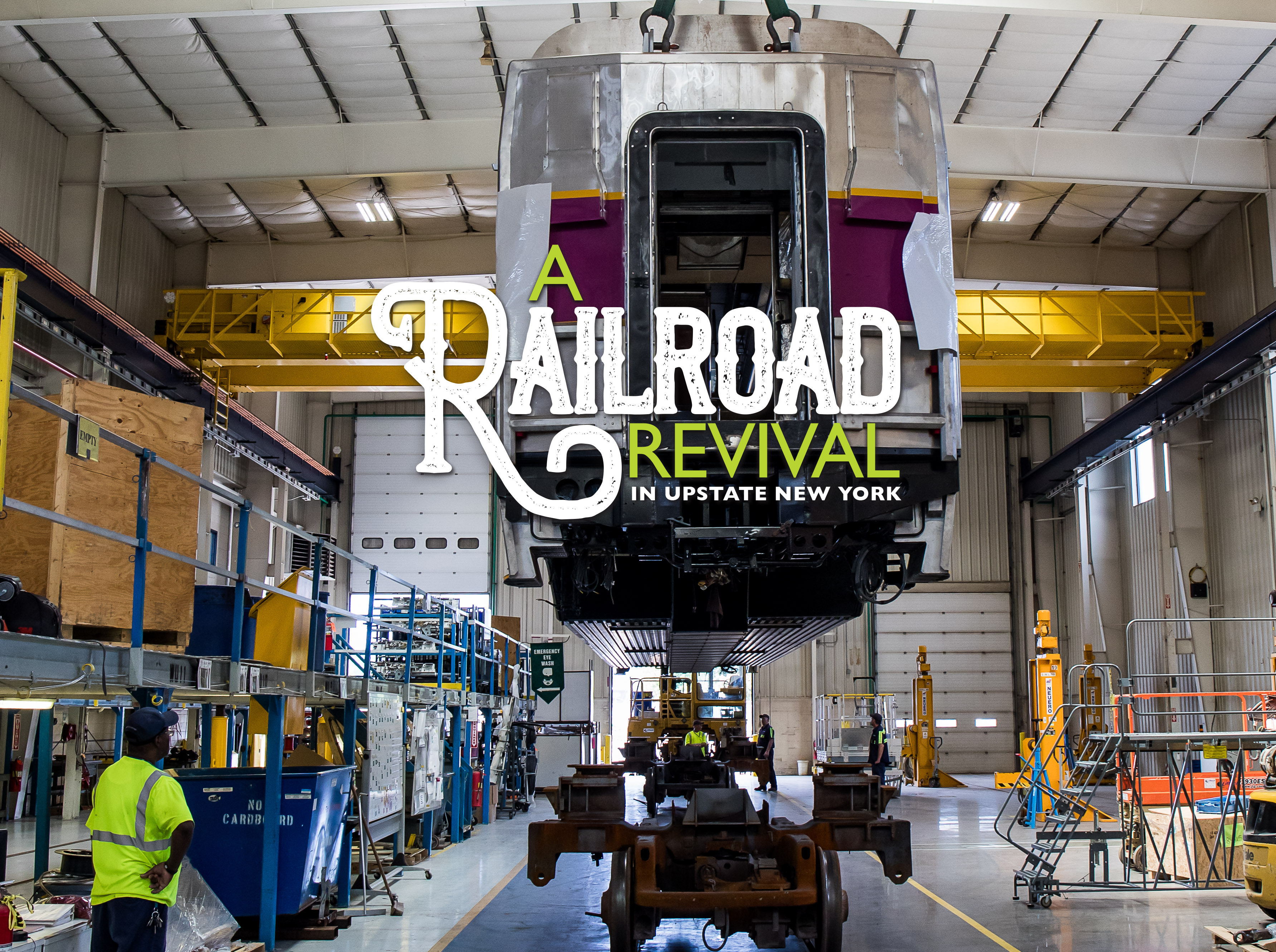 Being on the “fast track” rarely can be taken literally, but in Hornell, NY IAM Transportation Department Local 2741 members are just that. As part of their work, these proud transportation Machinists are building the first American-made high-speed trainsets.

Bringing production of the state-of-the-art train to rural New York is the result of a campaign years in the making. Frenchbased Alstom had to compete with several other companies to secure a multi-billion dollar contract with Amtrak to build the new Acela Express “Avelia Liberty” trains. The nearly 700 foot rolling stock will replace the carrier’s current Acela fleet, which runs on the 450-mile Northeast Corridor, connecting Boston, New York City and Washington D.C., and is Amtrak’s most profitable route. The IAM and TCU/IAM currently represent thousands of members at Amtrak.

Hornell’s role in railroad history dates back more than 150 years, and the IAM was there for much of it. The steam engine shop famously served as the main repair site for the Erie Railroad, which connected New York City and Chicago.

Prosperity lasted for decades, but as steam engine trains gave way to diesel locomotives, and with the advent of trucking freight, Hornell suffered. When passenger service stopped in the early 1960s, the repair shop closed. The site reopened to do contract repairs, but the workforce fluctuated drastically from contract to contract, and from owner to owner. 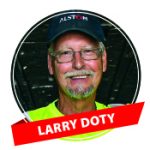 Local 2741 member Larry Doty has been there for 41 years, and was around in the early 1980s when the IAM returned to the property to represent workers. Today he is No. 1 on the local’s seniority list. He has survived through three employers — General Electric, Morrison Knudsen and now Alstom. Doty planned to retire two years ago but was asked to stay to train workers for the new project.

“When I started out with GE, we were rebuilding locomotives for Mexico. I started out at the bottom of the pay scale. I was a laborer cleaning out grid hatches on locomotives,” said Doty. “And now I’m a manufacturing specialist working on the new Amtrak high-speed rail contract.”

The multi-year contract with Amtrak, and contracts for other carriers to build and refurbish trains and equipment, means IAM members at three plant sites in Hornell will have steady work for years to come. Alstom is the city’s largest employer and, with production ramping up, there are plans to hire more workers.

“That’s what drives the economy in this community,” said Doty. “And a lot of that is training these new people coming in so they have the skills and abilities. And the union’s been good about getting that training for them, too.”

Most of the shop floor workers come from the area. In fact, Doty has two sons working there, and he hopes employment levels will stay up for them. Local 2741 member Sadie Payne hired on straight out of college at age 20 to stay close to home. Her father-in-law works in the shop, and her husband worked there until he decided to return to run the family’s farm. 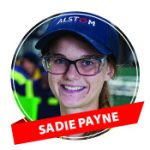 “I’ve worked here for five years. I started as a cleaner for different contracts and I’ve worked my way up to a mechanic,” said Payne. “I really love it. It’s hands on. I’m from a farming background. I enjoy getting a little dirty and greasy. And it’s something different every day.”

Payne feels comfortable in what might have once been considered a male career. She says the men she learns from and works with are just like dads or brothers. She believes that having the IAM in the shop is nothing but a positive thing, and it made returning from maternity leave much easier.

“I had a full 12 weeks with my baby. When I came back, I came back to the same position with the same crew. The union makes sure you get the chance you deserve,” said Payne. “If we did not have a union contract here, I don’t know if working here would work out for me, with having a baby.”

“It’s nice to have someone back you up if something goes wrong,” said Local 2741 under-car electrician Tyler Price. “You’ve got someone there to fight for you.” 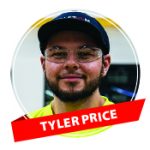 After a year of college, Price returned to Hornell and was hired at Alstom. In his four years there, he’s seen the positive effects the resurgence is having on the local community.

“Restaurants are booming. Local shops are on the up and rising,” said Price. “It’s just nice to see a small community come together.”

The three Alstom plant sites in Hornell are home to women and men of all ages who build and refurbish locomotives, commuter rail cars and track equipment. State-of-the-art technology and old fashioned railroad labor share the shop floors. A 30-year-old commuter car is sandblasted down to bare metal; right next door, a hightech bullet train is being built. In another shop, modern electronics are integrated into a track switch originally designed more than 100 years ago. 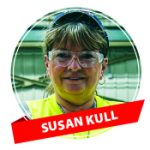 “I’ve been here almost 34 years. And I have seen huge amounts of advancement in technology. It’s very different from when I started as a cleaner,” said Kull. “Without a union, I’d probably still be cleaning cars.” 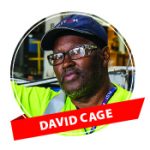 Four-year Local 2741 member David Cage previously worked as a supervisor at a nearby tile factory before starting at Alstom.

Four-year Local 2741 member David Cage previously worked as a supervisor at a nearby tile factory before starting at Alstom.

“Just having a contract, first of all, is big,” said Cage. “They look out for our best interests. They help us to negotiate a better contract each and every time one comes up. They make sure that we stay working, and that’s what’s important.”

Cage is running conduit and wiring on a fleet of bi-level trains being refurbished for the Massachusetts Bay Transit Authority. Some cars have been in use for nearly 30 years before arriving in the shop.

“We’re doing them top to bottom, front to back, end to end,” said Cage. “They’re getting new Wi-Fi put in, new outlets, all new wiring, new communications systems, all new seats, ceilings and walls. We’re doing a lot of things with safety for the passengers. Everything is being refurbished.” 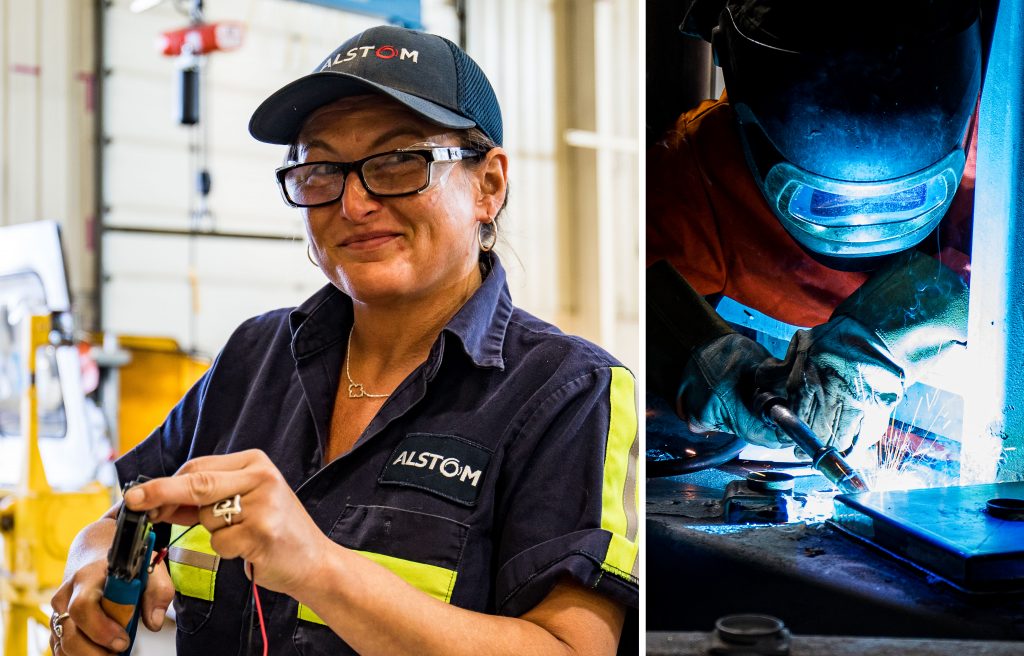 Local 2741 member, work leader and welder Matt McNeill has been furloughed more than once when times were lean.

“If we didn’t have a union, I don’t think there’d be as many people here. That’s how I’ve managed to stay here for 17 years,” said McNeill. “I have a wife and a son, and the place pays the bills. That’s why I keep coming back every time. There’s not a lot of industry in this area, so this is the big spot to be.”

Today he’s part of the team stripping, rebuilding and modernizing dozens of commuter cars for the Maryland Transit Administration.

“I take a lot of pride in my work, so that makes me feel good. I like seeing them leave when they’re done,” said McNeill.

Local 2741 President Curtis Craft sees the membership as his extended family, and takes his responsibility seriously.

“I got started in the union because I’d worked on farms where there is no union representation. I have a lot of respect for people that work hard for a living,” said Craft. “Sometimes business places for-profit forget about the guy working, so this is where a union steps in.”

As one of the only union shops in the country doing this kind of work, the IAM must balance negotiation demands with the company’s goals to secure production and refurbishing work. But the benefits of having a skilled IAM workforce paid off with Amtrak and other contracts with unionized carriers.

“It’s easier to work together than work against each other,” said Craft.

Alstom’s multi-billion dollar production contract to make high-speed trains in the U.S. for the first time, and its other regional repair and refurbishing contracts, are significant to the company. But even more important are the IAM members in and around Hornell who rely on the jobs these contracts mean for the future. For a region which has taken its blows throughout the last century, this is a long overdue railroad renaissance. 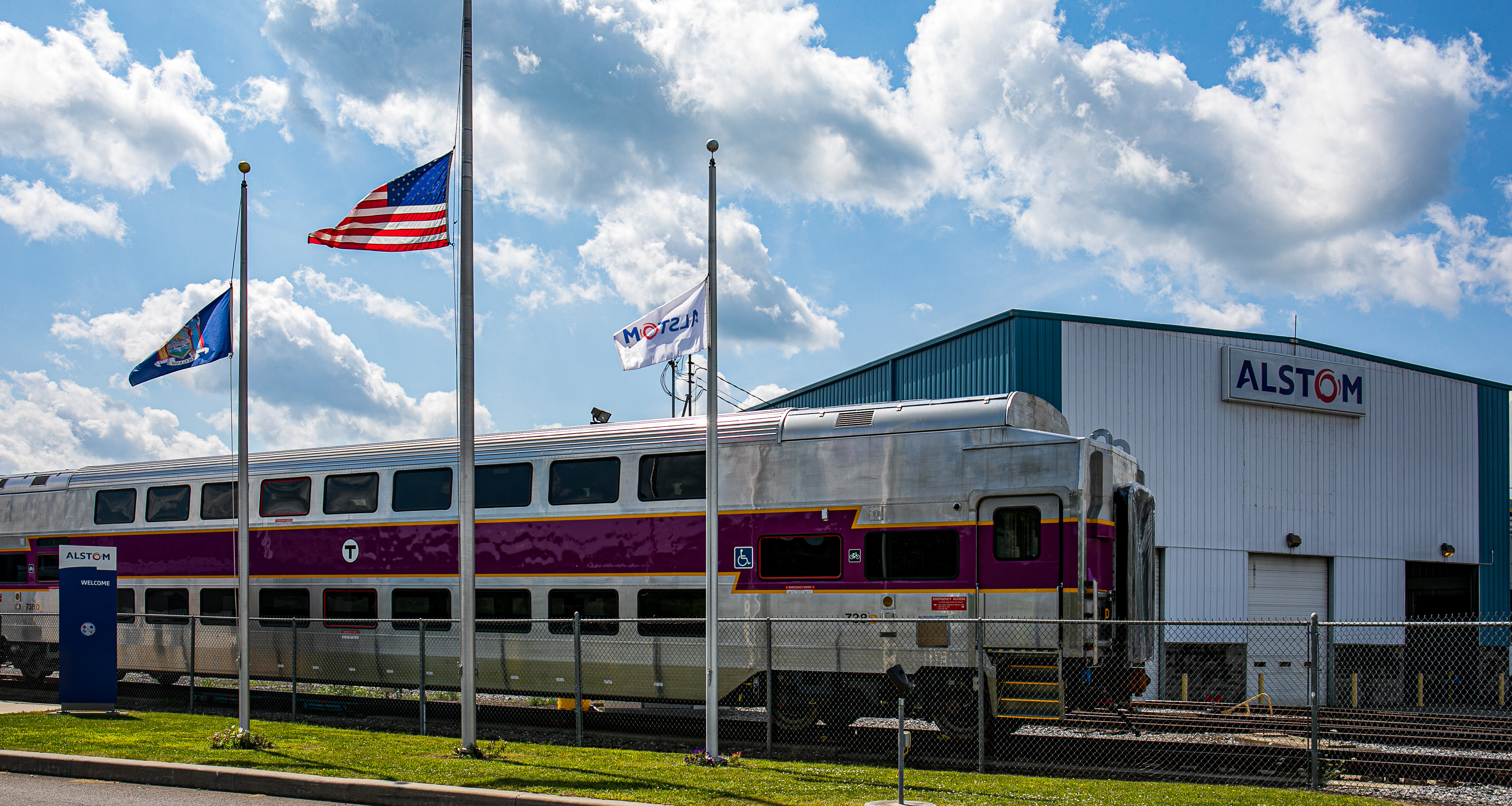