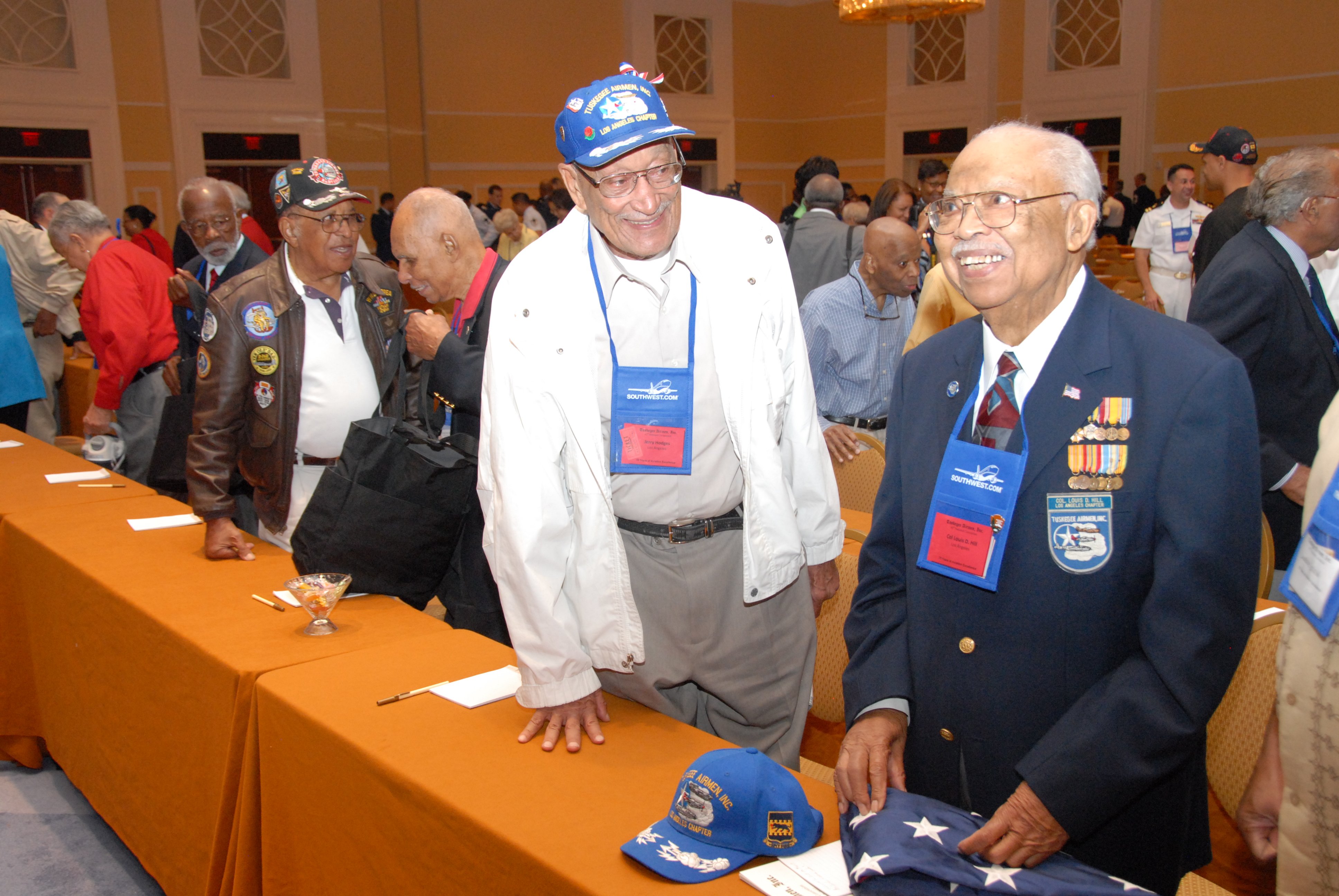 Army Air Force veterans who flew with all-black 99th Pursuit Squadron and the 332nd Fighter Group during WW II were honored this week at the 40th annual gathering of the Tuskegee Airmen in Washington, D.C.

This year marks the 70th anniversary of one of the most significant developments in U.S. civil rights history; the 1941 formation of the first all-black combat unit in the U.S. Army Air Corps. Despite strict racial segregation in the U.S. Armed Forces and fierce resistance to allowing black pilots to fly combat missions, the Tuskegee Airmen went on to compile an extraordinary wartime record, completing more than 15,500 combat sorties between 1941 and 1945.

Of the 996 African-American pilots who were trained at segregated facilities in Tuskegee, Alabama, approximately 445 were deployed overseas to European theatres, where 150 lost their lives and 32 became prisoners of war.

This year also marks the 40th Annual Convention of the Tuskegee Airmen, the organization dedicated to honoring the service of the nearly 1,000 African-American pilots who trained, served and died under hostile conditions, both at home and abroad.

In addition to recognizing the aging airmen, this year’s Convention features the association’s efforts to increase youth and minority awareness of aviation, aerospace and technology careers. With scholarships, education and outreach programs, the Tuskegee Airmen today are as relevant today as they were in 1941.

Convention delegates will also be the first to see Red Tails, the highly anticipated new movie produced by George Lucas, detailing the exploits of the Tuskgee Airmen as they fought the enemy in Europe and segregation in the United States. Click here to view a preview of the new movie.