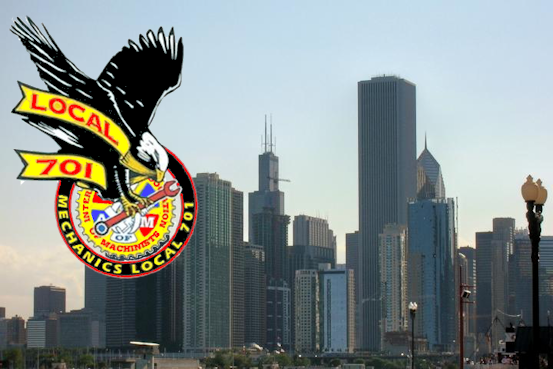 The new IAM truck mechanics are employed by the Rush Truck Center in Carol Stream, IL. The company has more than 100 locations coast-to-coast and offers sales and service at most of its centers.

“Local 701 has good working relationship with Rush Truck Centers at other represented locations. Management showed a great deal of respect to their mechanics and did not use anti-union tactics,” said Local 701 Organizer Rich Handler. “Our new members voted almost unanimously for a Mechanics Local 701 contract.”

“Our new members fought off attempts by the company and an anti-union firm that tried to influence the outcome of the election. I’m very proud of them,” said Mike Wendling, Local 701 Organizer. “They want respect in the workplace, the benefits of the Mechanics Local 701 Standard Automotive agreement, the Local 701 pension, the opportunity to train and advance along with the wages and benefits they deserve.”