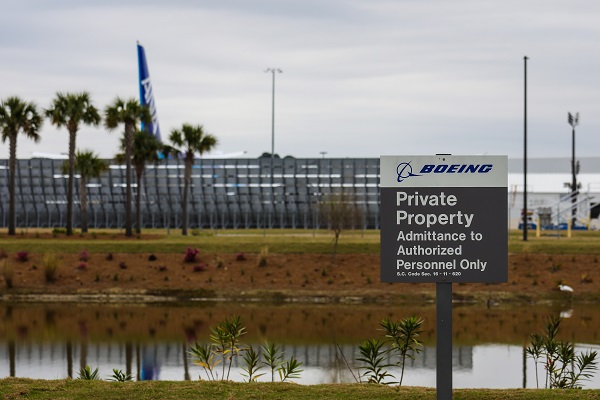 A recent New York Times report on safety concerns in the 787 Dreamliner production line prompted Sen. Sherrod Brown (OH) to write a letter urging Boeing CEO Dennis Muilenburg to reconsider the company’s approach to quality control and safety lapses. Brown’s letter also called on Boeing to adopt card check neutrality for all workers at the South Carolina plant as part of their response to the Dreamliners’ safety concerns.

Union representation would facilitate a productive exchange between Boeing’s workers & management, & would ensure workers are protected from retaliation when they raise concerns about the production process. This must be part of Boeing’s response to Dreamliners safety concerns. pic.twitter.com/Tv4xp88WoG

“I want to thank Sen. Sherrod Brown for sending a letter to Boeing CEO Dennis Muilenburg,” said Martinez. “Sen. Brown is a champion for working families and always stands up for the rights of working people.

“The safety of the flying public and the people who build Boeing airplanes has always and will always be our No. 1 priority,” said Martinez. “We feel the best way to address safety and quality issues in the workplace is to create a culture of honest communication between labor and management. Our union has more than 80 year’s experience representing workers and partnering with Boeing, including during World War II, to produce industry-leading aircraft. When we unite, no worker in the world can outperform, or drive more innovation than workers right here at home.”

We agree with @SenSherrodBrown. Our 35,000 members at Boeing, including IAM members who work on the Flight Line in South Carolina, stand ready to work with Boeing to address any production or morale issues. Let’s get to work. https://t.co/TGBLhP9h5V