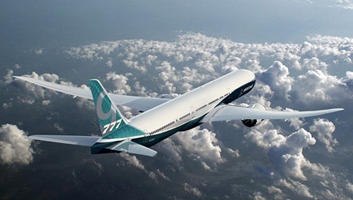 After all the debates, rallies and earnest discussions in thousands of homes, IAM members will have the final say on January 3, 2014 about Boeing’s proposal to keep future 777X work in the Puget Sound area.

“Whatever your opinion on the proposal, however strong your feelings, it is IAM members on the shop floor who will decide this issue by a democratic vote,” said IAM International President Tom Buffenbarger on the eve of the historic vote. “It’s a right that too few workers in our country have, a right to debate and then vote based on what they think is best for them and their family. It’s their future, so it’s their decision and one that we will all respect.”

“In the end, in the privacy of a voting booth, each member will decide for themselves what is best for their future,” said Buffenbarger. “That awesome responsibility rests with each of our members, and it’s one of the defining characteristics of being a union member – to have a voice and a vote in critical decisions about your job, your family and your future.”

A summary of Boeing’s proposal is available at www.iamcontract.org. Voting results will available as soon as votes are tallied after the polls close the evening of January 3, 2014.