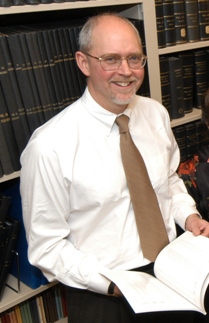 The Fund Director’s primary responsibilities are to provide the highest possible pension benefits to the maximum number of IAM-represented employees, and to make certain that quality health, dental and vision benefits are delivered to IAM members who participate in the Fund’s health and welfare plans.

“Steve Sleigh is an excellent choice to carry on the good work of the IAM National Pension Fund and the National IAM Benefit Trust Fund,” said General Secretary-Treasurer Warren Mart, who also serves as Co-Chair of the National Pension Fund’s Board of Trustees. “Not only does he have the professional qualifications for the position, but he also brings the experience and perspectives of regular IAM members to the table.”

Sleigh began his IAM career in 1975, completing an apprenticeship as a machinist and working as a journeyman printing press erector out of Local 126 in Chicago, IL. After receiving an IAM Scholarship in 1984, Sleigh earned a bachelors degree in Labor Studies from the University of Massachusetts in 1986; a Masters degree in Public Administration from Harvard University in 1987 and a doctorate in sociology from the City University of New York in 1991.

Sleigh served as the IAM Director of Strategic Resources from 1994 to 2006, when he began a five-year stint at the Yucaipa Companies, a labor-friendly investment firm.