United, We Are Strong 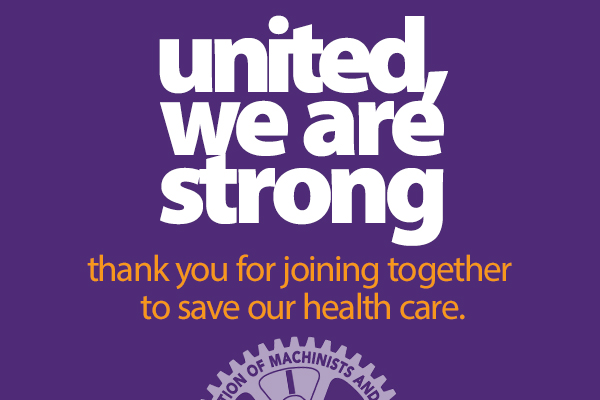 Thank you! Another extremist attempt to steal our freedom to affordable healthcare has been stopped.

The IAM will stay vigilant and will keep fighting for accessible healthcare for every working family.

Memo to Washington: Give working people a seat at the table or we’ll give you the boot. We’re watching–and we vote. #Healthcare #1u