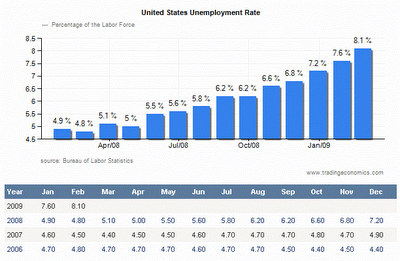 Unemployment in the U.S. climbed to the highest rate since April 1983, prompting IAM President Tom Buffenbarger to liken the crisis to ‘Midnight in America.’

“Our country is in the midst of an historic jobs crisis,” declared Buffenbarger in remarks before the 2009 No Limits Public Policy Conference in Washington, D.C. “There is a momentum to this crisis, a momentum that keeps building in force with each passing month.”

The official unemployment numbers, released this week by the Bureau of Labor Statistics were accompanied by nearly thirty pages of charts and tables and that confirmed the depth of the ongoing jobs recession.

“But percentages don’t tell the whole story,” said Buffenbarger, who tallied the 15.7 million unemployed Americans, 9.3 million who are working part-time involuntarily, the 5.6 million who looked for work last year without success and the 1.0 million Americans who simply vanished from the BLS statistics since May. “When you add up those numbers, you reach 31.6 million Americans who are idled to some degree in this grave recession.

Buffenbarger renewed his call for a second stimulus program with targeted relief for the critical manufacturing sector and modernized versions of FDR’s Works Progress Administration and JFK’s investment tax credit.