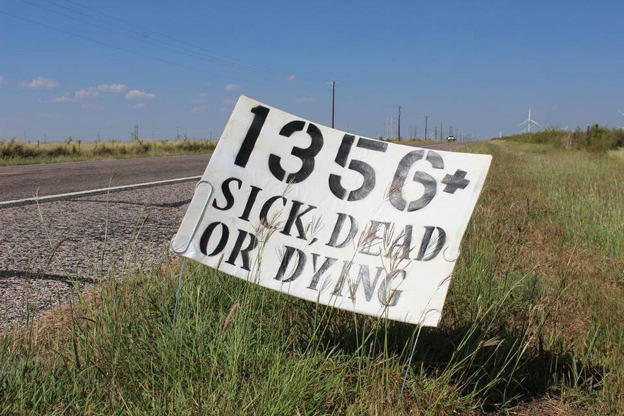 Since exposure testing began at Pantex, 1,356 people have tested positive. The number is likely to increase.

Most American workers go about their jobs, put in enough years to retire and expect to be healthy enough to enjoy their golden years. For many nuclear defense plant workers, it’s a roll of the dice.

The Pantex weapons facility in Amarillo, TX was built in 1942 to manufacture conventional bombs for the war effort. In 1951, the plant was transformed to begin producing nuclear weapons and components. Throughout the Cold War and through today, workers there have played an important role in protecting our freedom by manufacturing and dissembling nuclear weapons.

IAM Local 1255 member Pete Lopez has worked the “line” dissembling weapons for over 38 years. His exposure to toxic and radioactive materials on a daily basis for so long has taken a high toll. Lopez was the first person at Pantex diagnosed with Berylliosis, or Chronic Beryllium Disease (CBD), an incurable metal poisoning that requires constant monitoring and regular treatment.

“Every year, I have to go to Nation Jewish Hospital in Denver for treatment,” said Lopez. ”The experience wipes me out and it takes a week or so for me to be able to go back to work. I use my sick time to recover.”

Local 1255 President Robin Harris’ father worked at another defense plant in Burlington, IA and died from bladder cancer. She remembers the ordeal her mother went through before and after his death.

“There’s a major process called ‘dose reconstruction’ that workers must go through before any treatments or compensation are approved,” said Harris. “Just because you believe you haven’t been exposed and have not worked on the line, doesn’t mean that you weren’t exposed.”

Harris added that there is compensation for CBD and 22 different cancers that can be attributed to beryllium exposure. Since the testing process began, 1,356 workers have tested positive to exposure at the plant.

In addition to Pantex, there are more than two-dozen key facilities across the country where workers are exposed to deadly materials. Cold War Patriots is a resource for anyone who believes they may have been exposed to toxic material or chemicals. The organization works with state and federal legislators to connect individuals with information and resources to get proper treatment and compensation.

“Anyone who has ever worked here before they began testing should definitely sign up to be tested,” said Harris.