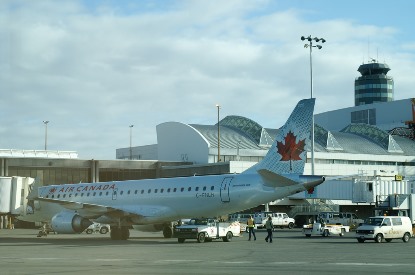 Following nearly eight months of contentious bargaining, IAM Local 16 members avoided a strike at Vancouver International Airport (YVR) by agreeing to a contract late Saturday night. They were scheduled to strike the same day if an agreement was not reached.

The agreement with Swissport Canada, a YVR airport contractor, covers 855 members—with the exception of wages for Baggage Service Operations workers, and will proceed to binding arbitration.

“I want to thank the bargaining committee for their resolve and the membership for its patience in this matter,” said IAM District 140 General Chairperson Todd Haverstock. “We were faced with a potential strike and I thank Grand Lodge Representative Ron Fontaine and District 140 President and Directing Chairperson Fred Hospes for their assistance in turning this into a positive result.”

IAM Local 16 members provide ramp and grooming services, as well as operate and maintain the entire baggage belt systems at YVR.  Swissport Canada provides services to more than 20 airlines on the property.