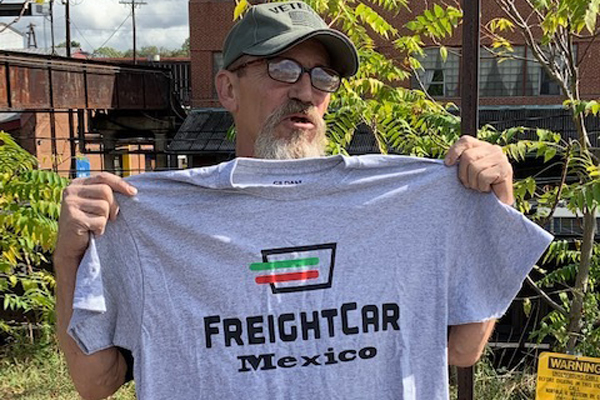 U.S. Sens. Mark Warner and Tim Kaine are questioning the decision of FreightCar America to close its Roanoke, Va. plant and lay off 200 workers while the company opens a new production facility in Mexico.

The Roanoke workers are represented by TCU-IAM.

“We write to you to register our concern that FreightCar America has chosen to close its manufacturing plant in Roanoke, Virginia, and offshore those jobs,” the senators wrote in a letter addressed to FreightCar CEO James Meyer. “FreightCar America has been a prominent employer in Roanoke for over a decade. The Roanoke community has made significant investments in your company; moving the plant will have a detrimental impact on the hardworking employees at the facility, their families, and the entire Roanoke community.”

The freight car manufacturer announced in July 2019 that its Roanoke facility would close in November 2019. In September 2019, FreightCar America announced it would open a new $25 million plant in Mexico.

“It’s clear that the company was not honest with its workers back when it announced the Roanoke facility’s closure in July,” said TCU Carmen Division President and National Vice President Rich Johnson. “It’s truly sad to see a storied American company mislead its workforce and the general public, only to ship these good-paying union jobs to Mexico. Roanoke is a wonderful community and the loss of these high-wage jobs will be felt throughout the region. The Roanoke facility was known for being productive and profitable – often identified by customers as the preferred manufacturing facility for their orders.”

Fred Owens, a third-generation worker at FreightCar America in Roanoke and president of TCU-IAM Carmen Division Local 6016 wrote an op-ed in the Roanoke Times entitled, “Our jobs are going to Mexico.”

The Transportation Communications Union (TCU) represents approximately 46,000 workers in the United States, most of whom are in the railroad industry.