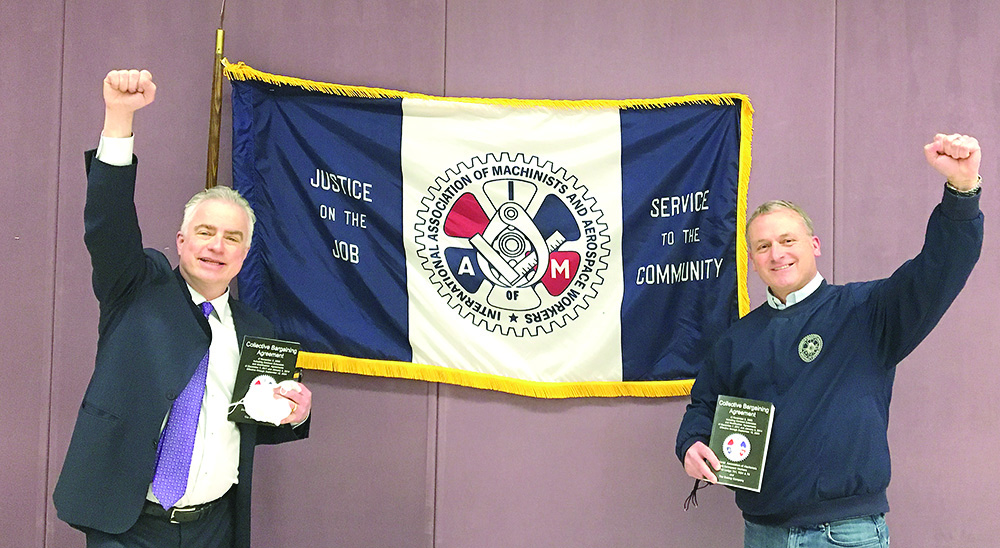 One of the most valuable benefits a union member receives is protection from unjust discipline. Often members do not realize the value of this until they have become the subject of unfair discipline.

In March, one of our members at Boeing, who was a victim of an unjust termination, had his situation vindicated. This member’s termination was reversed after our Union filed a grievance to challenge the unjust discipline and took the case all the way through arbitration.

The arbiter agreed with our Union and ruled the termination was not for just cause. The arbiter’s decision not only reversed the unjust termination, but brought our member back to work without loss of seniority and provided him full back pay and benefits (minus a five-day suspension). Just as important, the decision provided him an opportunity to continue his career at Boeing.

The arbiter noted a five-day suspension was more appropriate and provided our member the opportunity to correct his behavior (which is the purpose of progressive discipline) since management had not given clear instructions about what behavior needed to be changed and why.

After a thorough investigation, our union concluded this was an unjust termination that didn’t follow Boeing’s own procedures, the principles of just cause or the process laid out in our contract. Despite pointing this out to Boeing numerous times, Boeing refused to reverse firing this member. Therefore, our union escalated the matter to arbitration where an impartial third party reviewed the facts and determined the termination was unjust discipline. Credit goes to 751 attorney Spencer Thal, Grievance Coordinator Dan Swank and Business Rep Rod Sigvartson (as well as past Business Rep Greg Campos who originally brought the grievance forward for arbitration).

This case confirms that union members are no longer “at-will employees,” which means a company must not only show just cause for termination, but must follow progressive discipline called out in very specific contract language. The ruling also confirms that discipline is meant to allow an employee the chance to correct their behavior once they are aware their behavior is not acceptable. Discipline must also be fair and consistent or the union can challenge it through the grievance and arbitration system.

“This is a good example of why having rights on the job is important and just how valuable those rights are. Without a union, a worker is simply at their employer’s will and can be disciplined or fired for any or no reason,” said Business Rep Rod Sigvartson.

“Our staff attorney Spencer Thal does a great job ensuring our members’ rights are protected. Having him on staff, we can more readily challenge unjust discipline and our Union has been taking considerably more cases to arbitration. Spencer often has four or more separate arbitration cases in a month, in addition to his other work,” said District 751 President Jon Holden. “Only by having union representation can workers have a voice in their wages, hours and working conditions.”

“This is a great team effort for DL 751, they continue to raise the standards of representation for all unions,” said IAM Western Territory General Vice President Gary R. Allen. “The Leadership Team deserves our appreciation and congratulations on a great victory.”

Members should ALWAYS ask for a Union Steward in any meeting or investigation that could lead to discipline. This is your right, but you must ask for a Steward. No matter how you are contacted – by a manager, HR, security, a fact finder or corporate investigator – either in person, on the phone or by email, your answer should always be the same “I want a Union Steward.” It is your right and one you should exercise in any questionable situation.