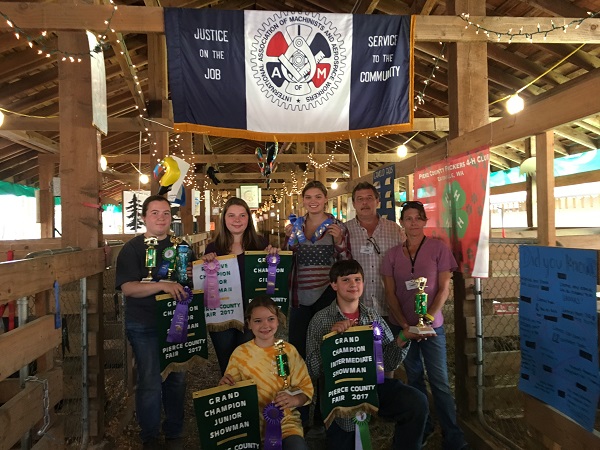 One of the models we live by as union members is “service to the community.” This year IAM Local 289 stepped up to sponsor the 4-H swine division at the Pierce County Fair in Graham, WA.

Since the fair is nonprofit it relies on donations from local businesses, other nonprofits and this time the IAM. A great number of kids who spend a good portion of their youth in 4-H decide to go to college. They usually have ambition to go into either animal science or agricultural science.

The fair is part of the local’s outreach this year and is a good way to talk to people on neutral ground about unions. The kids also got an opportunity to see how union members volunteer and interact with the community.

“My daughter became interested in raising animals at a young age and joined the local 4-H club,” said Local 289 member John Linboe. “It was then that I noticed the similarities between these clubs and the union.”