Watch the ‘Stand!’ Movie at a Special IAM Discount 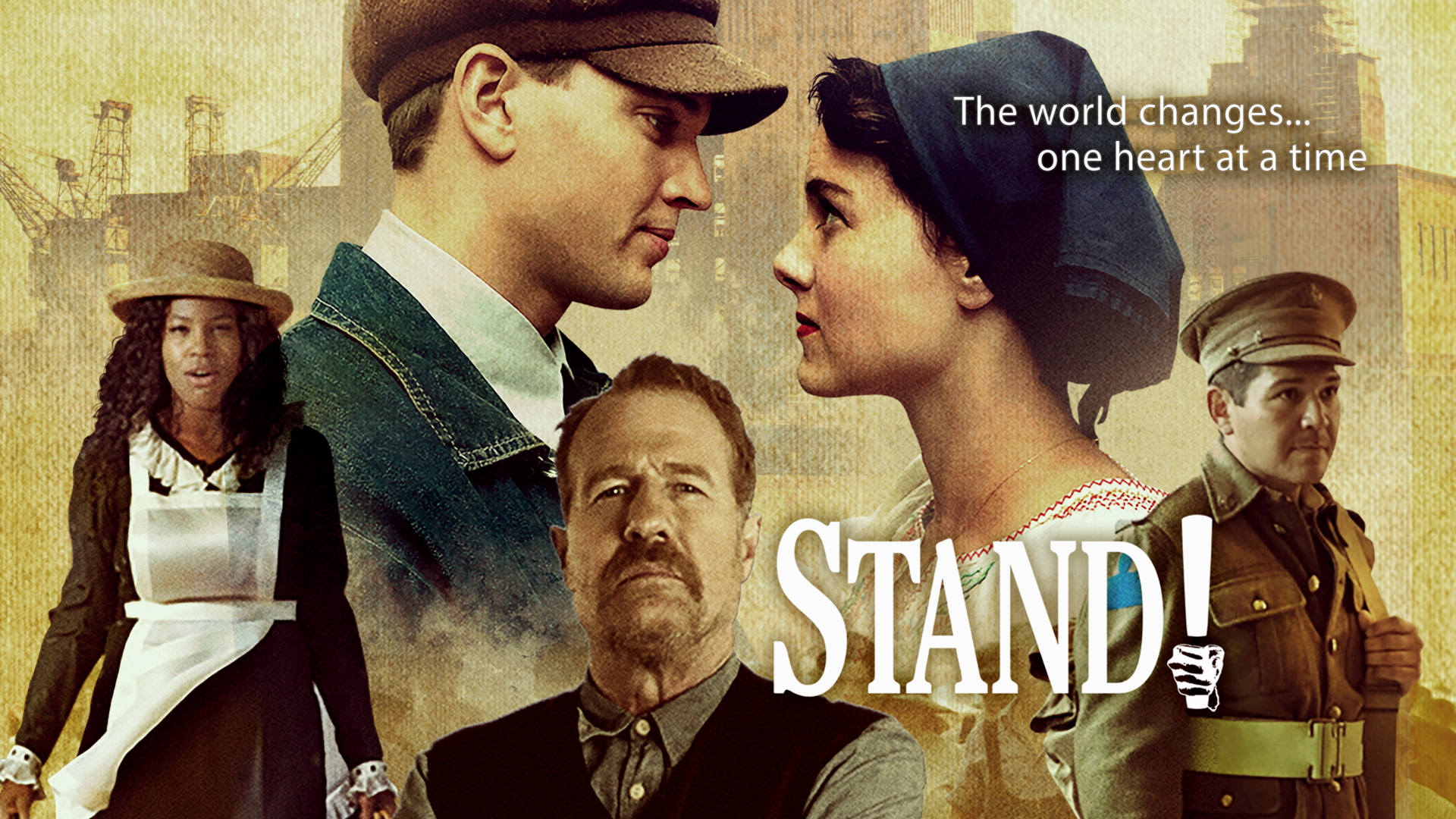 The producers of Stand! are offering Machinists Union members a 20 percent discount to watch the movie from the comfort of their homes. For $7.99 in the United States and $10 in Canada, members can view the acclaimed movie-musical, an immigrant love story set against the backdrop of the 1919 Winnipeg General Strike in Canada. Due to COVID-19, the movie transitioned from in-theater distribution to virtual.

The link will be active until February 25, 2021. Members will have seven days to start watching and 72 hours to finish watching, once the movie starts. The stream includes an 11-minute pre-show featuring behind-the-scenes footage, explaining how the movie was shot entirely on-location in Winnipeg and a nine-minute post-show Q & A with the director, composer and stars.

The storyline focuses on returned soldiers, angry at the lack of jobs after the war, who violently threaten the city’s immigrants, including Emma, a refugee from racist violence in Oklahoma. When a movement develops for workers to leave their jobs in protest, a wealthy lawyer pits everyone against each other in a dramatic and inspirational final stand.

Writer/Composer Danny Schur and Director Robert Adetuyi appeared on Activate L!VE in November, prior to the release of the movie in the United States.