We Can Defeat Suicide with Education, Awareness 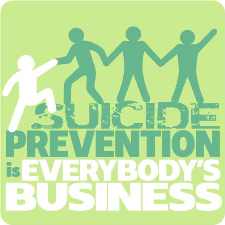 The Gryszkeiwicz’s son, Mitchell, took his life in 2014 when he was just 21 years old.  His parents describe him a happy young man with the world at his fingertips. In his final year of college, the Gryszkeiwicz’s never would have thought they were in danger of losing their son. He seemed to not have a care in the world.

John Staples, a suicide prevention trainer, gives classes to help people know what signs to look for. Staples believes that we can decrease the suicide rate through education and awareness, especially if we know what to look for.

Staples spoke with Machinist members at IAM Headquarters about how to recognize signs of depression and the importance of reaching out to those you may think are going through difficult situations.

“Ordinary responses can create extraordinary results when we pay attention and we care,” said Staples. “Is there one single explanation for a suicide? Absolutely not. It’s a very complicated event. But it’s stress driven.”

Even when paying attention, sometimes there may not be anything to see. The Gryszkiewicz’s said there were no signs of depression, and on the outside Mitchell seemed perfectly happy. They later realized that on the inside he was hurting.

To help deal with their grief, Mickey and Wanda created an organization called Baden Strong. Their organization raises money and awareness for suicide prevention. They want to erase the stigma associated with suicide and bring it out of the shadows. They vow to never be silent about Mitchell’s suicide, and will spread his story in an effort to prevent others from having to deal with the same kind of loss.