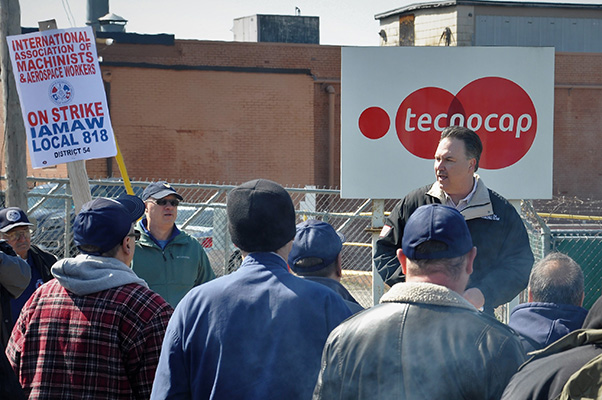 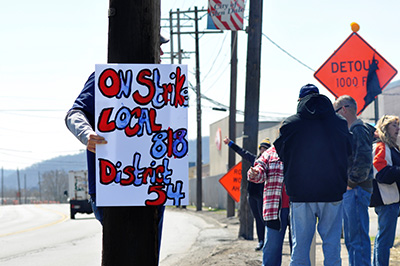 More than 100 supporters of IAM Local 818 attended a rally yesterday in Glen Dale, WV to show solidarity to the members on strike at Tecnocap. Members and their families showed up in force along with retirees, other unions and government officials.

“Our members appreciate all the support everyone has shown,” said Wright. “Community members not only stop and drop off supplies but also get out and walk the picket line to show solidarity.”

“These highly skilled workers have spent years working in apprenticeships to obtain the skills used to make this company not only successful but allowed them to produce three consecutive record years,” said Eastern Territory General Vice President Jimmy Conigliaro Sr. “These members deserve to be treated better than the way Tecnocap has treated them.”

“This is a union busting employer at their best,” said Wright. “They showed up at the bargaining table with one proposal only and said take it or leave it. Our members were left with no other recourse and voted unanimously to hit the picket line.”