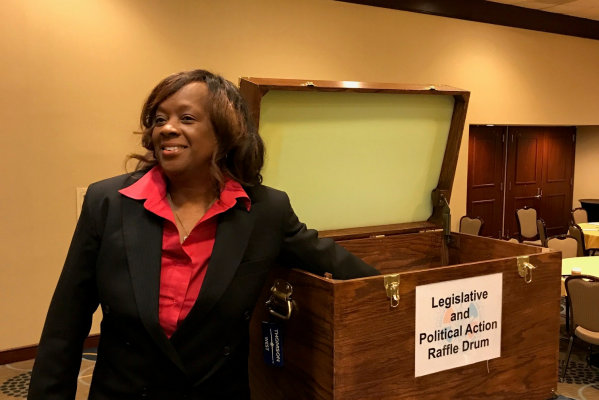 The winning tickets were drawn for the first union-wide 2020 Grand Lodge Convention fundraising raffle last week at the conclusion of the MNPL Conference in Washington, DC. Over $100,000 was raised to help offset the cost of the convention.

Every four years the IAM holds the Grand Lodge Constitutional Convention in a different geographical territory. In 2020 the Western Territory will be hosting the IAM Grand Lodge Convention in San Diego. The territory is already hard at work developing fundraisers to help offset the cost of your convention.

“The overwhelming support of this raffle was phenomenal,” said Western Territory General Vice President Gary Allen. “I want to thank everyone who participated for their generosity. Together, we were able to raise more than $105,000 towards our 40th Grand Lodge Convention in San Diego.”

Congratulations to the raffle winners: