When the IAM Used Sports to Break Racial Barriers 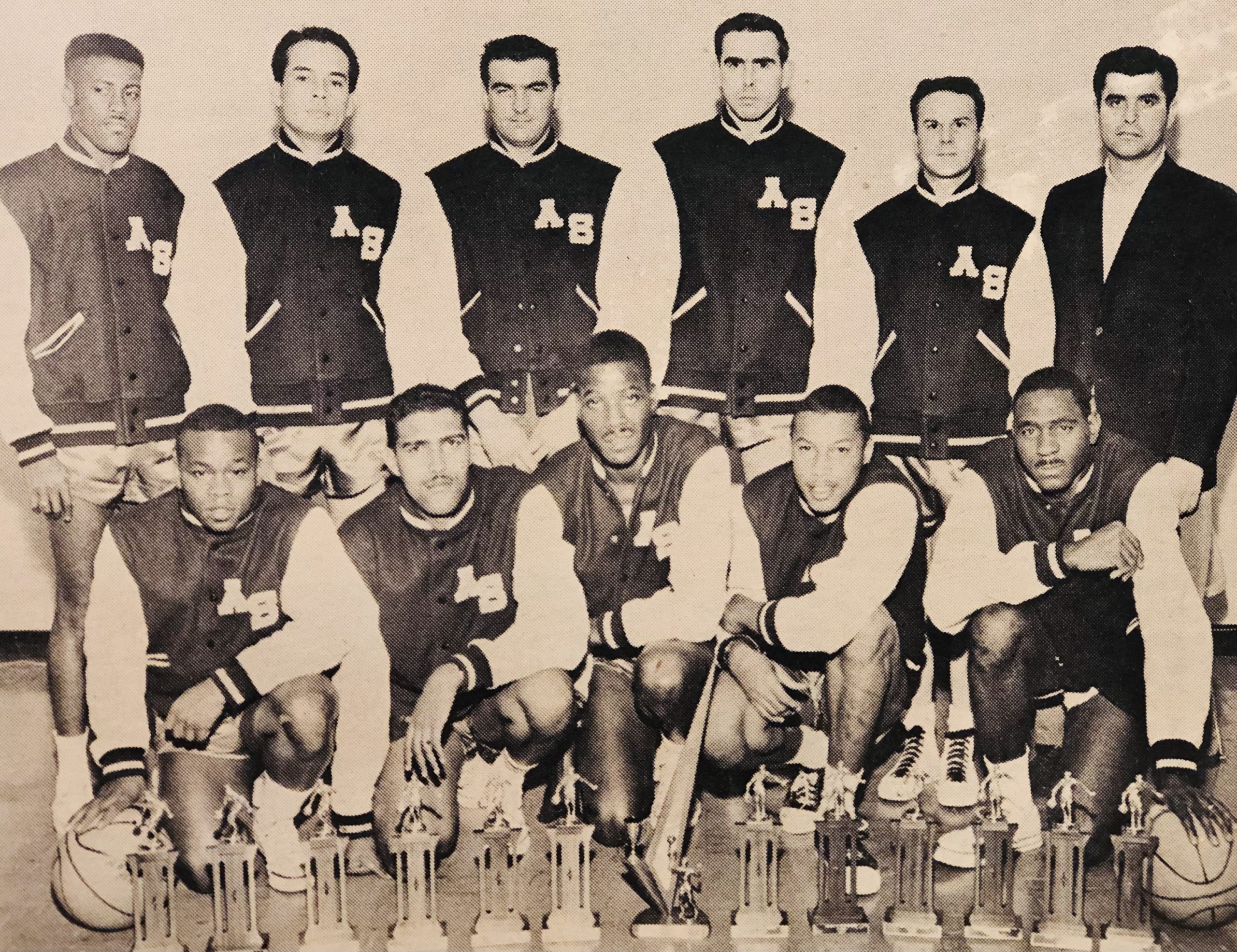 As Black History Month comes to a close, we remember the IAM’s push for racial equality during the civil rights movement, a bold, transformative plan that started when the union began to recruit and train African American Shop Stewards in the 1950s.

The agenda would gain momentum in 1962 when the late IAM President Al Hayes was publicly photographed meeting with Martin Luther King Jr. in New York. By the end of the decade, predominantly African-American lodges, such as Local 2013 in Richmond, VA, were helping build a vibrant Black middle-class. But the IAM, with its progressive vision on race relations, also pushed for diversity in local sports recreation leagues, often sponsoring integrated teams in adult basketball and youth baseball.

In 1963 IAM Local 1666 members in Stamford, CT were champions of a YMCA adult basketball league. The multiracial mix of eight players–six Black and two white–were coached by Lodge Committeeman James Riley. The team’s public show of equality would occur a year before the iconic Civil Rights Act was passed.

In 1964 an adult basketball team, represented by Local 575 members in Southern California, were divisional champions in the Pasadena-area basketball league. The diverse squad, six Black and five white, which held day jobs at Advanced Structures in Monrovia, CA, built helicopter and missile components.

The IAM’s push for racial equality would also be promoted in youth baseball. Local 996 in Sidney, OH sponsored an integrated squad in 1954. The team, which was coached by Local 996 member Homer Schamp, had 11 players, two of whom were African American.

Throughout the 1960s the Machinists Union would go on to field youth baseball teams with diverse rosters. Among them, IAM Local 1875 in Rome, NY. The team would win a local Little League title in 1966. A year later James Myles, a Recording Secretary with Local 1838, helped sponsor a winning team in Geneva, NY.